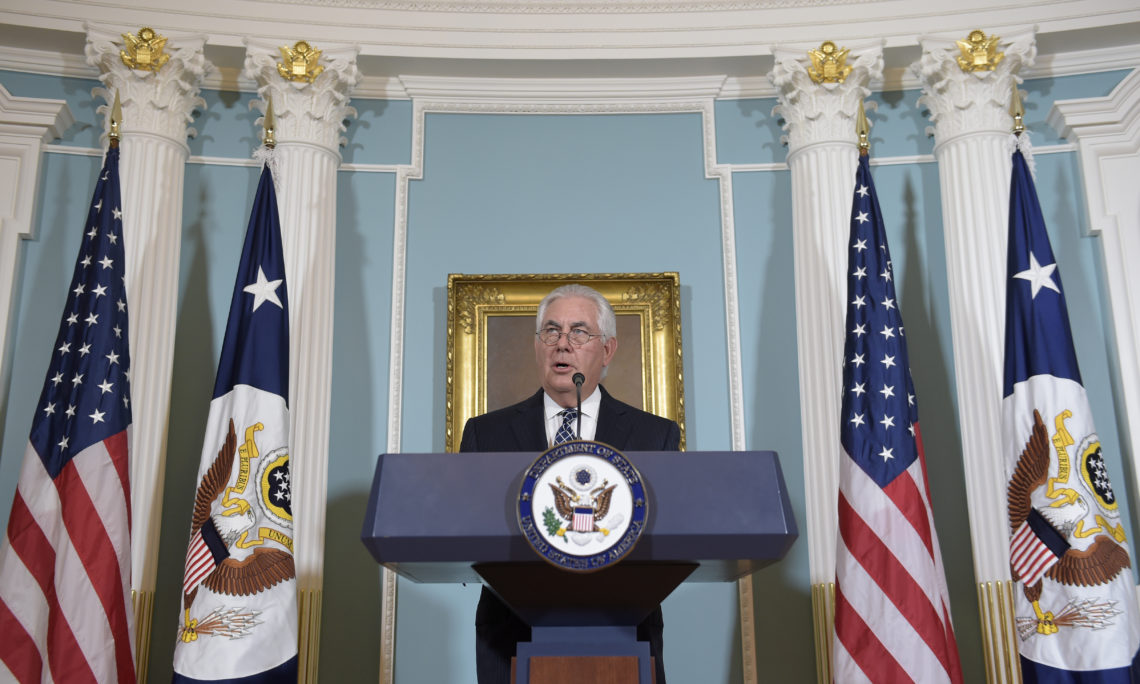 Secretary of State Rex Tillerson speaks on the release of the 2016 annual report on International Religious Freedom, Tuesday, Aug. 15, 2017, at the State Department in Washington. (AP Photo/Susan Walsh)

Religious freedom is a cherished American value and a universal human right.

It has been 19 years since the enactment of the International Religious Freedom Act, landmark legislation that placed the promotion of religious freedom as a central element of America’s foreign policy. The United States promotes religious freedom as a moral imperative. As importantly, we promote religious freedom because countries that effectively safeguard this human right are more stable, economically vibrant, and peaceful. The failure of governments to protect this right breeds instability, terrorism, and violence

This annual report to Congress provides a detailed and factual overview of the status of religious freedom in nearly 200 countries and territories, and documents reports of violations and abuses committed by governments, terrorist groups, and individuals.

The 2016 International Religious Freedom Report can be found here.