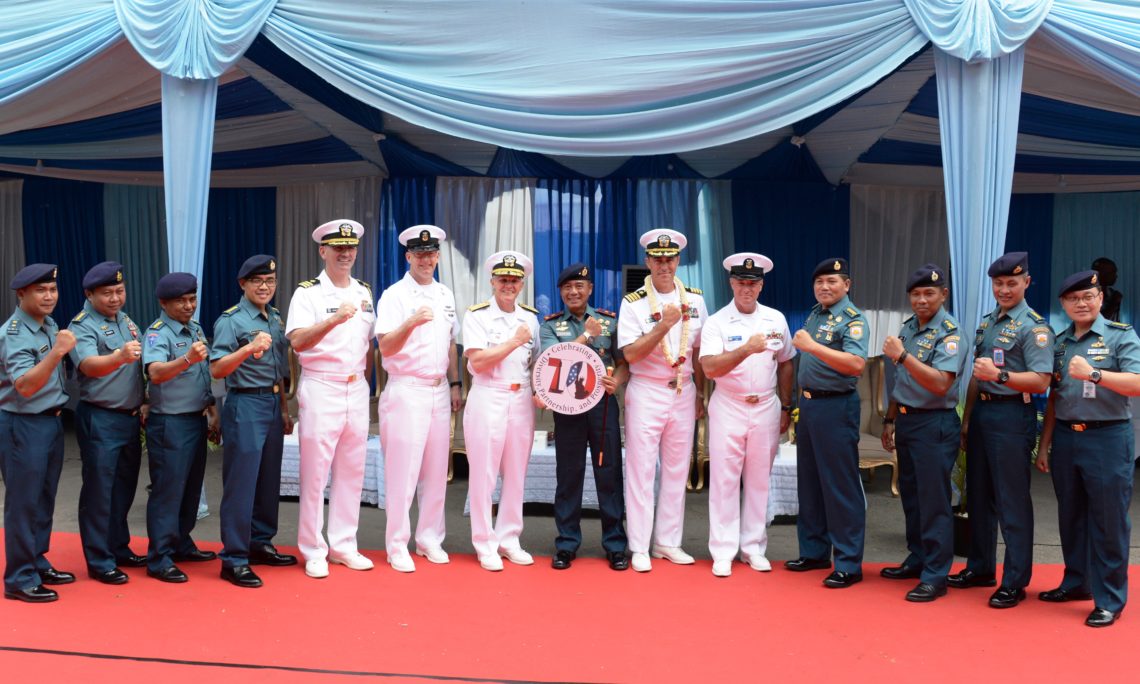 JAKARTA, Indonesia — U.S. 7th Fleet flagship USS Blue Ridge (LCC 19) arrived in Jakarta for a port visit May 1, as the United States and Indonesia celebrate 70 years of diplomatic relations in 2019.

Seventh Fleet ships like Blue Ridge have visited Jakarta for decades as part of a strong partnership with the Indonesian Navy (TNI-AL) that includes regular staff talks, professional exchanges and exercises like Cooperation Afloat Readiness and Training (CARAT) and Southeast Asia Cooperation and Training (SEACAT). TNI AL also participates in multilateral exercises like Cobra Gold and RIMPAC, and hosts the biennial exercise Komodo in Indonesia.

“My Sailors look forward to exploring this incredible city and I look forward to meeting with my TNI-AL counterparts,” said Vice Adm. Phil Sawyer, commander U.S. 7th Fleet. “Our strong partnership with the TNI-AL is based on shared democratic values and common interests as maritime nations.”

The oldest operational ship in the U.S. Navy, Blue Ridge actively works to foster relationships with allies and partners in the Indo-Pacific as 7th Fleet’s flagship. Blue Ridge last visited Jakarta May 2014. During this port visit, Blue Ridge Sailors will have opportunities to explore Jakarta while the 7th Fleet band will hold public concerts.

“Visits like this one allow us to continue to strengthen our relationship and share similar interests we have as professionals and individual people,” said Blue Ridge Commanding Officer Capt. Eric Anduze. “Our crew will do that through their daily interactions with the Indonesian people. For most, it is their first time in Jakarta, so everyone is looking forward to it.”

This year marks the 70th anniversary of diplomatic ties between the United States and Indonesia. 7th Fleet celebrated its 75th anniversary last year.