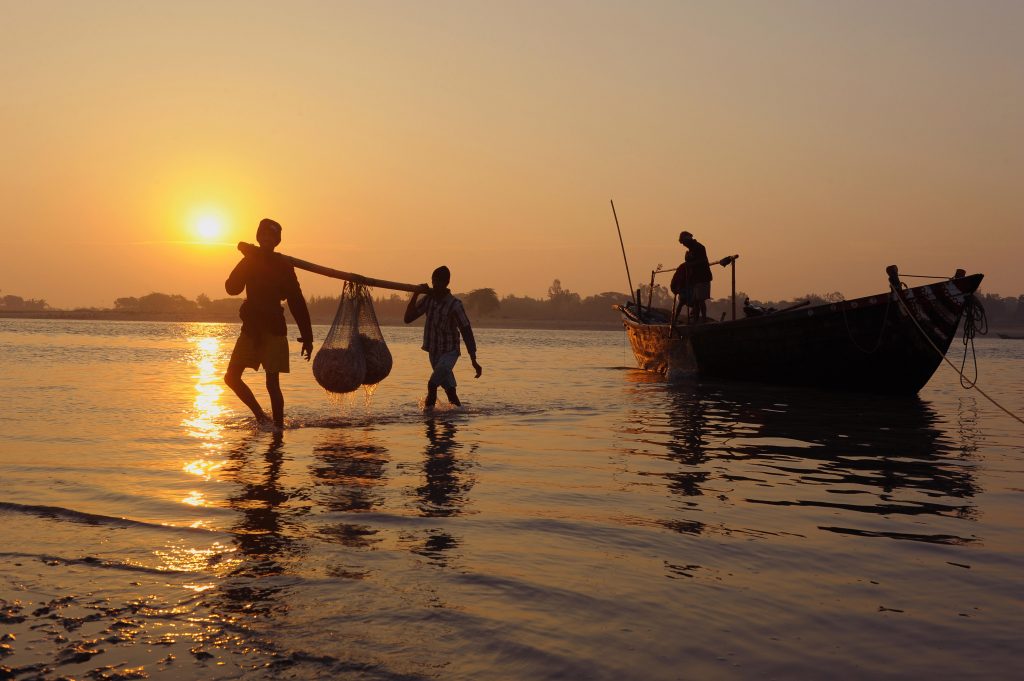 One year ago in Vietnam, President Donald J. Trump laid out America’s vision for a free and open Indo-Pacific, in which all nations are sovereign, strong, and prosperous. This week, Vice President Michael R. Pence reaffirmed the ironclad and enduring U.S. commitment to the region and highlighted expanded cooperation with our partners. The Vice President led the U.S. delegation attending major regional summits and bilateral meetings, accompanied by Deputy Secretary of State John Sullivan and other senior officials.

As the Vice President noted, American economic dynamism drives prosperity in the Indo-Pacific and worldwide. No country invests more in the region than the United States, which currently has $940 billion in foreign direct investment fueling growth in Indo-Pacific nations. The U.S. government is also providing over $1.8 billion in assistance to the region this year.
The U.S. approach to the Indo-Pacific focuses on three vital areas: economics, governance, and security.

The United States is taking a whole-of-government approach to advance fair and reciprocal trade, promote economic and commercial engagement that adheres to high standards and respects local sovereignty and autonomy, and mobilize private sector investment into the Indo-Pacific. During the Vice President’s trip to the region, the United States announced initiatives and partnerships that put the United States and the region on a strong path to expanded cooperation in the coming year.

The Vice President’s visit builds on the past year of success in expanding economic engagement between the United States and the Indo-Pacific.

Good governance is a core pillar of the U.S. vision for a free and open Indo-Pacific. The United States is committed to working with Indo-Pacific nations to create the conditions needed to unlock greater private investment, combat corruption, and secure nations’ autonomy from foreign coercion. We will continue to promote transparency, openness, rule of law, and the protection of human rights and fundamental freedoms, and the United States has continuous and ongoing programs supporting these goals. As the Vice President emphasized, our investments in these areas total over $400 million over a two-year period.

On November 17, the Vice President announced an Indo-Pacific Transparency Initiative that will direct our investments in this space to advance shared goals in the region. This initiative will promote sound, just, and responsive governance through efforts to counter corruption while encouraging strong civil society, responsible borrowing, honest procurement and contracting practices, and judicial sector and legal reform, among other aims essential to good governance.

The United States is proud to share these goals with many allies and partners, including ASEAN, whose charter calls for “a regional architecture that is open, transparent, and inclusive.” The Indo-Pacific Transparency Initiative provides an elevated platform for expanding cooperation with our allies, partners, and regional institutions to advance these shared principles.

The United States will work to identify collaborative opportunities to strengthen governance practices in the Indo-Pacific, both bilaterally and through regional mechanisms including ASEAN, APEC, the Pacific Islands Forum, the Lower Mekong Initiative, the Bay of Bengal Initiative for Multi-Sectoral Technical and Economic Cooperation, and the Indian Ocean Rim Association.

The United States is deepening cooperation across the Indo-Pacific to confront common threats, protect shared resources, and uphold sovereignty. We are working hand-in-hand with the region to denuclearize North Korea, safeguard navigational rights and freedoms in the East and South China Seas, and prevent the spread of terrorism and violent extremism. American security and prosperity depends on a free and open Indo-Pacific, and we will continue to work with any nation, large or small, to advance that vision now and for future generations.

During the Vice President’s visit, the United States and Japan announced delivery in 2018 of ten F-35As, valued at $1.38 billion, under our Foreign Military Sales program, with six more to be delivered in 2019. Overall, U.S. companies made $9.42 billion in direct commercial sales of defense goods and services in the Indo-Pacific region over the past year.

The United States is providing more than half a billion dollars in security assistance to Indo-Pacific nations this year – more than double the previous year. This includes Secretary Pompeo’s announcement at the ASEAN Regional Forum in August of nearly $300 million in assistance to strengthen maritime security and domain awareness, humanitarian assistance and disaster response (HA/DR), and peacekeeping capabilities, as well as to counter transnational crime. The United States also is expanding maritime security cooperation in the Indian Ocean region, including through the new Bay of Bengal Initiative, and extending maritime security, HA/DR, and peacekeeping programming to the Pacific Islands.