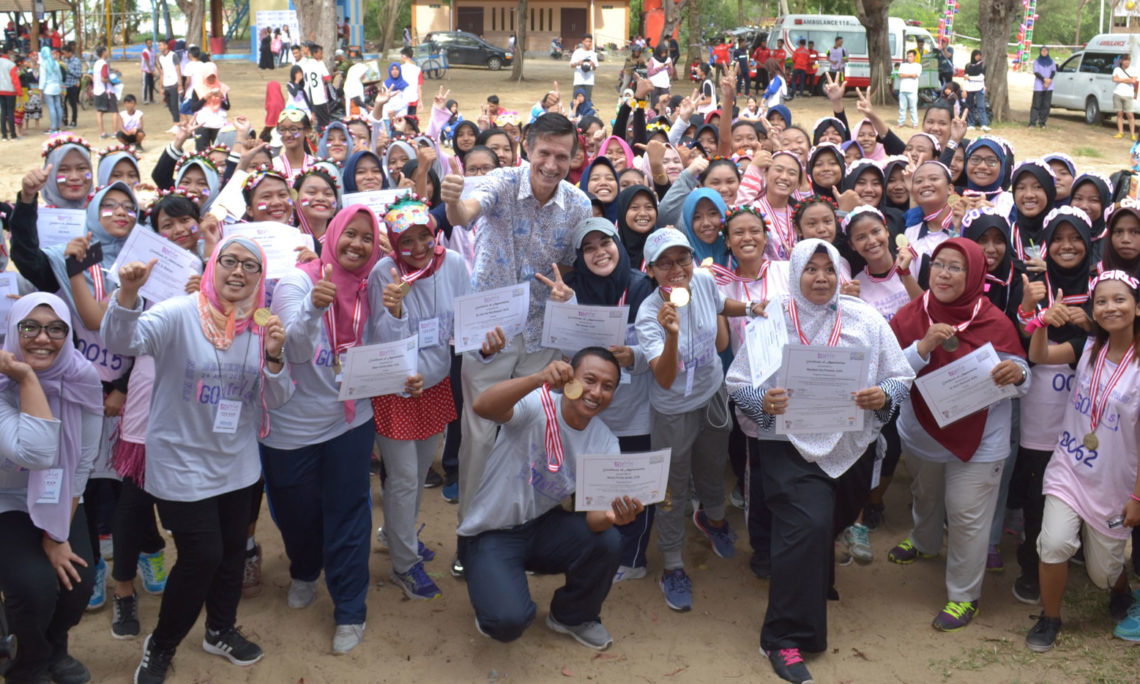 From April 23-25, Ambassador Blake traveled to East Kalimantan to visit Balikpapan and Samarinda. Over the course of his two day visit he met with members of civil society, local businesses, municipal government representatives, U.S. alumni, and high school and university students.

On April 24 in Balikpapan, Ambassador Blake joined a running event with approximately 100 high school girls and their supporters at an Embassy-sponsored event held concurrently in four cities across Indonesia, and encouraged them to not only stay physically fit but also to devote themselves to becoming Indonesia’s next leaders. In celebration of Earth Day he planted mangrove trees with Earth Hour Balikpapan at the site of a reclamation project for fish farms on the banks of the Manggar River. The Ambassador hosted a lunch with local American and Indonesian business leaders to encourage them to get involved in building local universities that will produce graduates needed by industry, particularly in light of the reduced foreign investment in extractive industries which will increase the need for highly skilled domestic leaders.

On April 25 in East Kalimantan capital Samarinda the Ambassador spoke to approximately 100 students at Mulawarman University about the importance of the digital economy for Indonesia’s future. Following his remarks, Ambassador Blake fielded questions from student on a wide range of issues including scholarship opportunities at U.S. universities, ideas for developing Indonesia’s digital economy, and how to enhance Indonesia’s competitiveness in the global economy through education. He also visited the Islamic Center of Samarinda, home to the 2nd largest mosque in Indonesia and 3rd largest in Southeast Asia.

Prior to returning to Jakarta, Ambassador Blake hosted a press roundtable with members of the local media, fielding questions on the proposed tax amnesty legislation, deforestation, bilateral counterterrorism cooperation, and his affinity for batik.