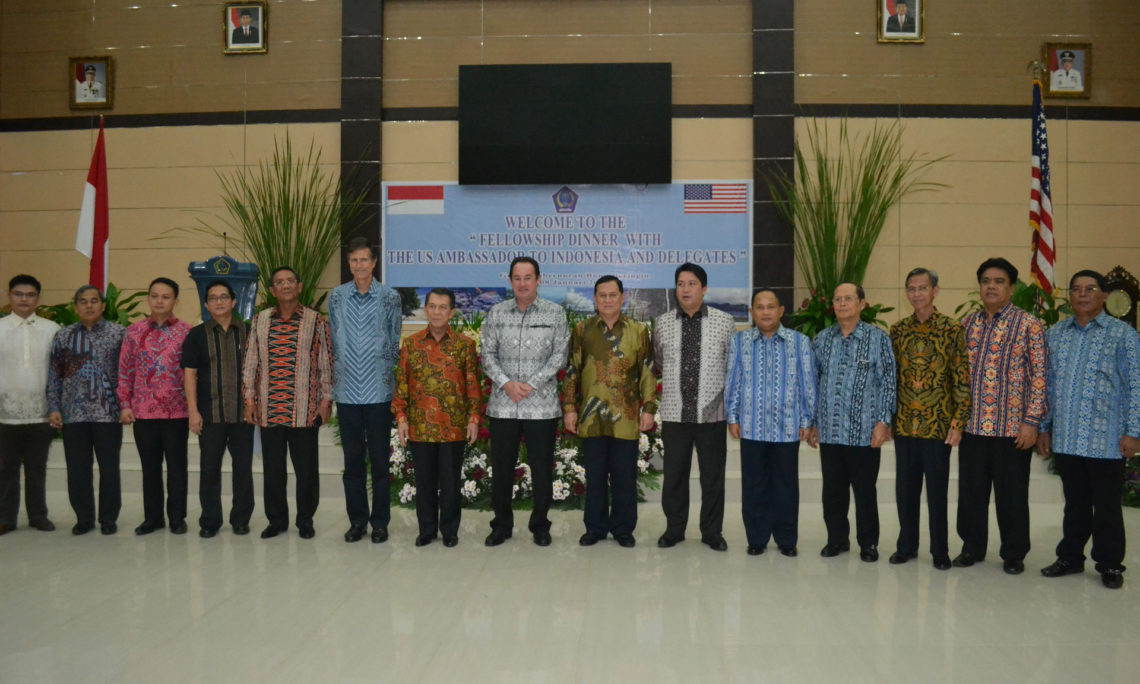 Ambassador Blake and staff from the Consulate General in Surabaya met with the Provincial Governor, Manado mayor, and university rectors, and visited the Tasikoki Wildlife Refuge Center during a January 8-9, 2015 visit to North Sulawesi. The Ambassador and Consulate General colleagues spoke about study in the USA and the Young Southeast Asia Leadership Initiative to over 1,500 students at Klabat University on January 8, followed by an evening dinner hosted by the Governor of North Sulawesi.

On January 9, Ambassador Blake visited the Tasikoki Wildlife Rescue center in Bitung to meet with staff of the Masarang Foundation. He saw firsthand Indonesian species that have been saved from wildlife trafficking by Indonesian authorities and turned over to Tasikoki for rehabilitation, and helped raise ecological consciousness among the local officials as well as members of the media. Closing out his trip on January 9, the Ambassador visited a church on Bunaken island.