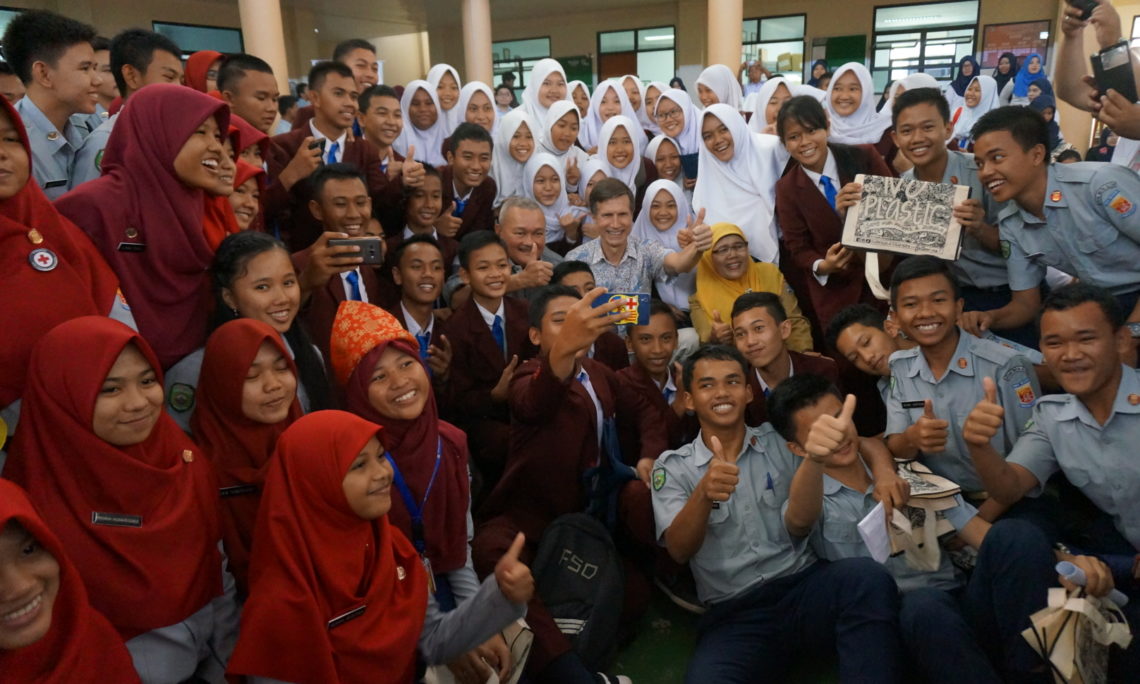 Traveling to South Sumatra, Ambassador Blake joined Consulate Medan staff in holding its first-ever Independence Day Celebration outside of Medan. The flagship May 24 event in Palembang, South Sumatra was headlined by the US Navy Band Orient Express and co-hosted by South Sumatra Province and its Governor Alex Noerdin. The Ambassador noted in his remarks that he was pleased to bring a delegation of 16 American companies to South Sumatra over two days that focused on energy and the 2018 Asian Games being held in both Jakarta and Palembang.  The delegates had a multi-hour session with Governor Noerdin on the first day and intensive one-one-one matchmaking sessions the next showing the pro-business attitude of the provincial government and investment opportunities linked to the upcoming Asian Games.

In addition to the May 24 event, the Ambassador’s delivered a speech on environmental awareness at a local high school jointly administered by the South Sumatra government and the Sampoerna Foundation, which has sent a record number (for Sumatra) of 10 students to the US for undergraduate study over the past two years. 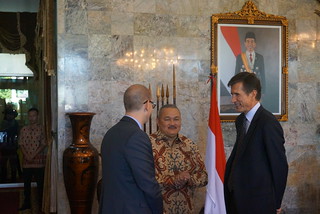