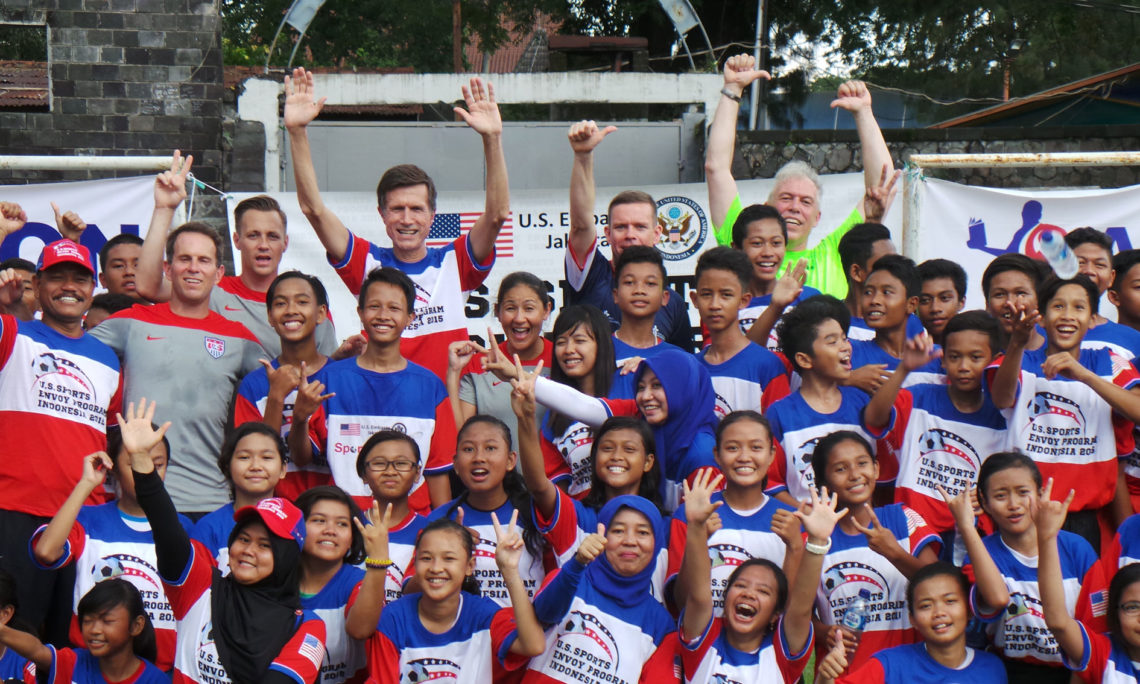 During a March 17, 2015 visit to Solo, Ambassador Blake participated in a series of meetings on the themes of waste management, tourism promotion, Muslim issues, and inter-religious relations. The Ambassador met with Sumarto Hadinoto, a well-known Chinese-Indonesian entrepreneur and humanitarian who is deeply involved in disaster relief.

He then met with the Mayor of Solo, FX. Hadi Rudyatmo, and discussed how city officials and technical experts from academic institutions as well as the private sector could work together on a model of trash management on a smaller local scale. Ambassador Blake then met with Dr. Sutarno, the Vice Rector of the University of Sebelas Maret and participated in a lively Q & A with students on the importance of the United States – Indonesia partnership and the White House’s Young Southeast Asian Leadership Initiative (YSEALI).