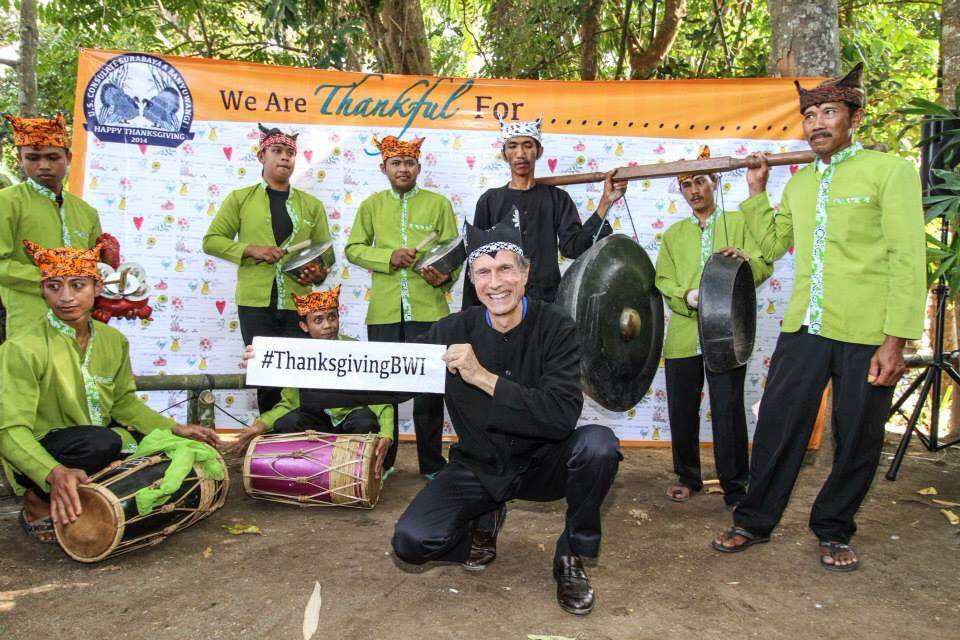 From November 20-22, 2014, Ambassador Blake traveled to Banyuwangi in East Java for three days of activities including community events, releasing sea turtle hatchlings into the sea, and celebrating the Thanksgiving holiday. During a visit to the indigenous Osing tribe, which embraces a unique blend of Javanese and Hindu heritage, the Ambassador and Consulate staff learned how this community actively works to preserve its history, culture, and traditions. Together they celebrated Banyuwangi’s embrace of diversity and protection for minorities. After sharing a meal of traditional Osing delicacies, attendees we were privileged to take in the natural beauty of the surrounding forest.

On November 21, Ambassador Blake, the Surabaya Consul General, and Consulate staff joined some 400 local civil servants and hundreds of students for a beach clean-up and release of sea turtles – highlighting our commitment to work together on environmental issues. Huge numbers of students joined in and over a thousand people worked together to make the beach a safe place for these endangered baby sea turtles from a local hatchery, allowing them to take to the water for the first time.

On November 22, Ambassador Blake and Consul General Monseratte joined the Banyuwangi Regent in a Twitter Meet-Up or a “Tweet-Up” to highlight young leaders and Banyuwangi city’s public wifi-hotspots. Youth leaders sent in questions via Twitter for the Ambassador, the Consul General, and the Regent. The twenty young people who asked the best questions got to meet up with the officials in person to interact face to face. The “summit” of the events took place on November 21: a nine-turkey Thanksgiving celebration, in which the Regent and the Ambassador pardoned one turkey, the Consulate staff cooked the others, along with traditional Thanksgiving side dishes and pumpkin pie, and the regent supplied local dishes. 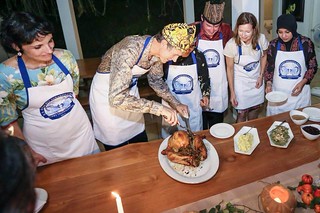