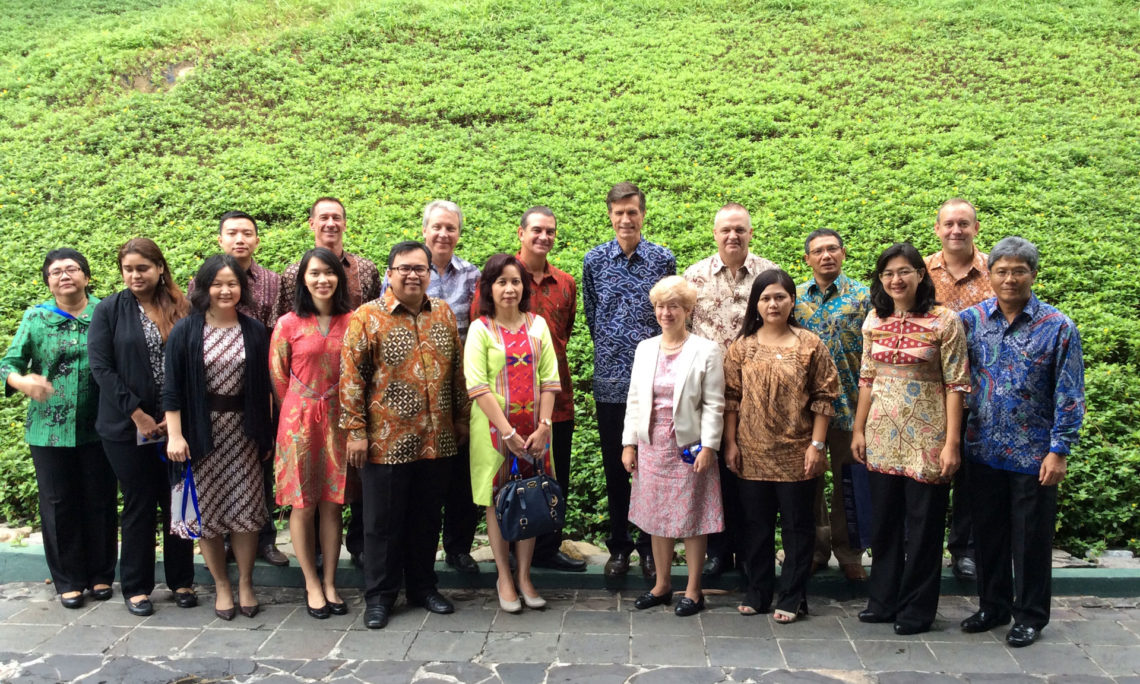 Ambassador Blake led a delegation of 11 companies and business associations to the Batam Free Trade Zone during a January 29-30, 2015 visit to Batam. On January 29, the Ambassador and delegates met with the Riau Islands Provincial Governor, Batam Mayor, Batam Indonesia Free Trade Zone Authority (BIFZA) leadership, and local business leaders as part of ongoing efforts to identify trade and investment opportunities for U.S. companies and deepen commercial and diplomatic ties with key cities throughout Indonesia. The Foreign Commercial Service led a “Doing Business with the U.S.” seminar for more than 50 local Batam companies interested in learning more about sourcing from or partnering with U.S. companies, and Ambassador Blake had an opportunity to visit Caterpillar’s new $150 million mining truck and shovel facility.