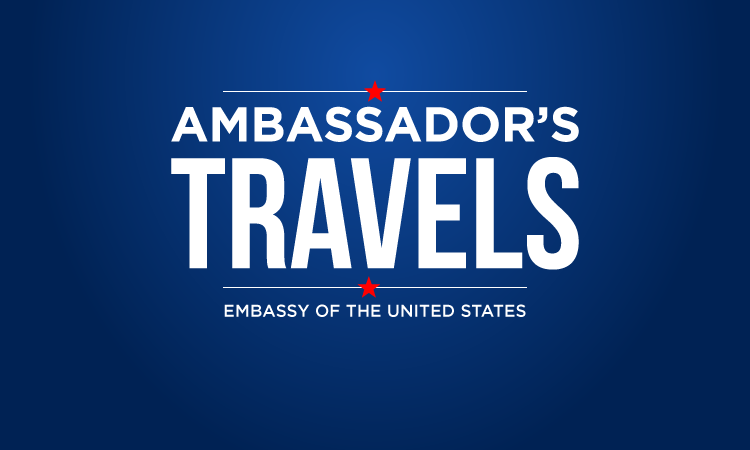 During a March 5, 2015 trip to Lombok, Ambassador Blake attended multiple events focused on the environment – specifically waterways pollution and mangrove protection – and met with representatives of the provincial and local government. Accompanied by West Nusa Tenggara Governor Zainul Majdi and Consul General Monserrate, his first stop was a visit to the Integrated Community Based Risk Reduction Program (PERTAMA) in coastal areas of Lombok, highlighting the partnership between the Indonesian Red Cross (PMI) and the American Red Cross (ARC).

Supported by $1 million in funding from the U.S. Agency for International Development (USAID), this five-year program, started in October 2012, helps to reduce the risk of disasters caused by climate change and development in coastal areas, specifically by addressing the risk of storm surge and flooding. While in Mataram, Ambassador Blake also inaugurated a waste processing center that separates inorganic recyclable material from organic material and produces organic compost for use in households and public gardens. During the visit, he planted a mangrove and Cemara tree, which help protect the coastline from erosion and prevent storm surges.