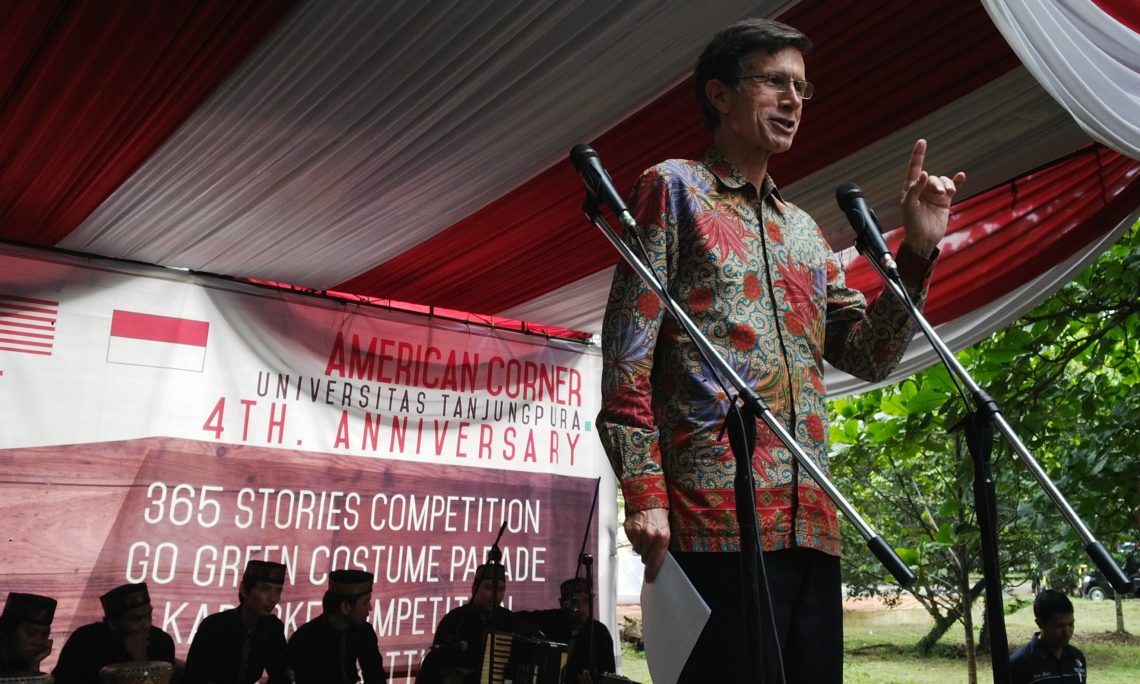 From February 16-17, 2016, Ambassador Blake visited Pontianak, West Kalimantan and participated in a variety of events with local government, students, and members of civil society. Shortly after arriving in town on February 16, the Ambassador had lunch with local members of USG-funded exchange programs, then traveled to UNTAN where he visited the American Corner for their 4th Anniversary and opened the inaugural “Kampung America” event.

While at UNTAN, the Ambassador had the opportunity to meet with students from all over Kalimantan, encouraging these future Indonesian leaders to pursue further education opportunities in the United States. During his time in Pontianak, Ambassador Blake also called on the Governor of West Kalimantan as well as the Mayor of Pontianak. Always focused on getting out and about during his travels throughout Indonesia, Ambassador Blake also made sure to drop in on agro-forestry plantations in the area to learn more about the environmental situation and challenges currently faced by local residents.