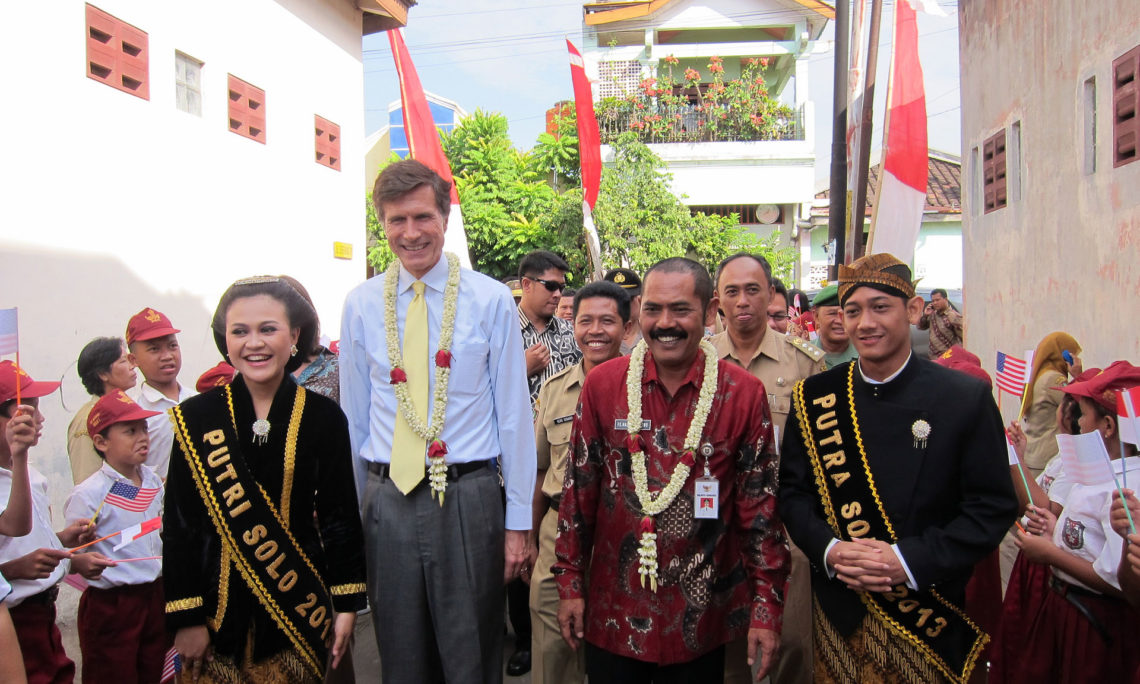 On his first official visit to Solo, Ambassador Blake inaugurated the “Kampung Sanitasi” (Sanitation Village) project, part of USAID’s Indonesia Urban Water and Sanitation and Hygiene (IUWASH) program. Ambassador Blake and Mayor F.X. Hadi Rudyatmo cut the ribbon at a new public toilet and bathing facility and communal sanitation system that will provide access to clean water for about 100 families. While in Solo, the Ambassador had an opportunity to discuss economic development in Solo with the Mayor and other city leaders. Later he toured the Danar Hadi Antique Batik Museum, the city’s most popular tourist attraction, where the Ambassador admired batik fabric dating back to Dutch colonial days. Rounding out his inaugural trip to Solo, Ambassador Blake visited the State Institute of Islamic Studies (IAIN), where he met with administrators and faculty to share Embassy Jakarta’s commitment to increasing the number of Indonesian students studying in the U.S. He and the IAIN representatives then joined around 400 students to attend a concert by Very Necessary, a Muslim-American hip-hop group on a four-city tour sponsored by the Embassy. 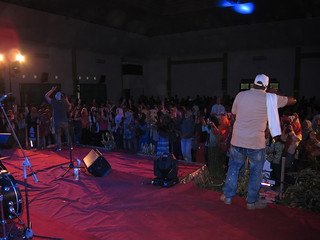