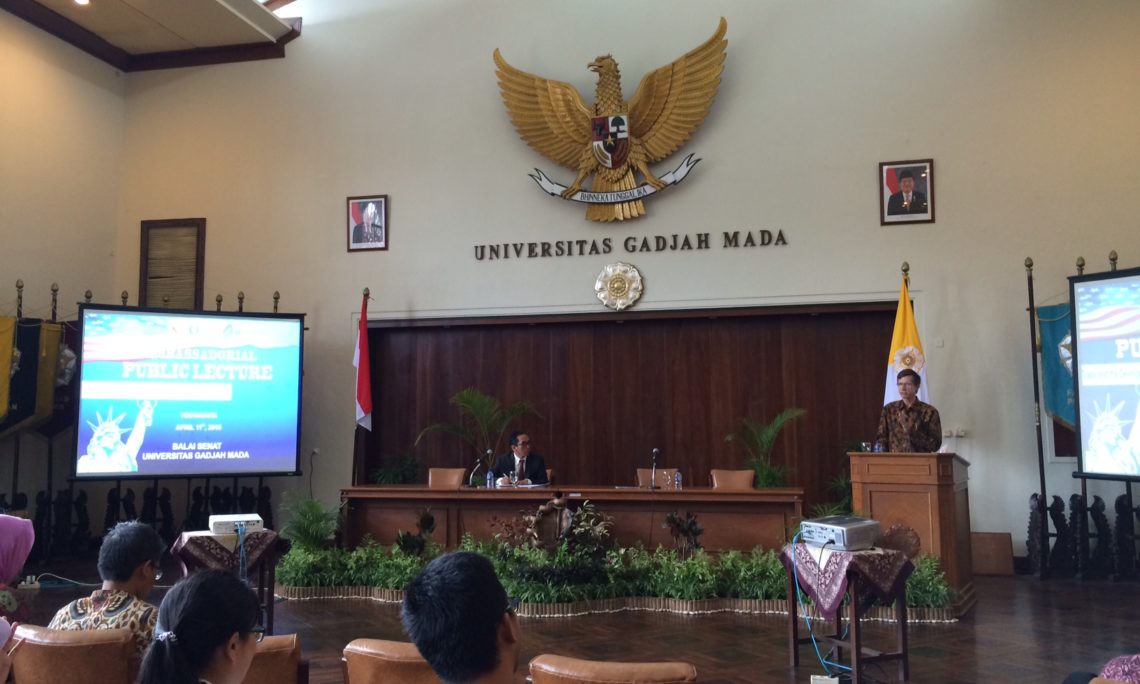 On April 11, Ambassador Blake paid a visit to Gadjah Mada University ‎in Yogyakarta to meet with the Rector and her staff and to deliver a lecture to business and international relations students on trade and the development of Indonesia’s digital economy. After the Ambassador delivered his remarks the students asked a number of questions including whether President Jokowi was moving too fast towards TPP membership and ways to increase investment in the digital economy.

He also spoke to members of the local press after the event who were present to cover his remarks. In a subsequent meeting with University leadership, the Rector and Ambassador discussed ways that the university could boost its ranking on the international scale of educational institutions by focusing on specific faculties, as well as the possibility of partnerships and funding from the private sector to increase the number of scholarships available to students.