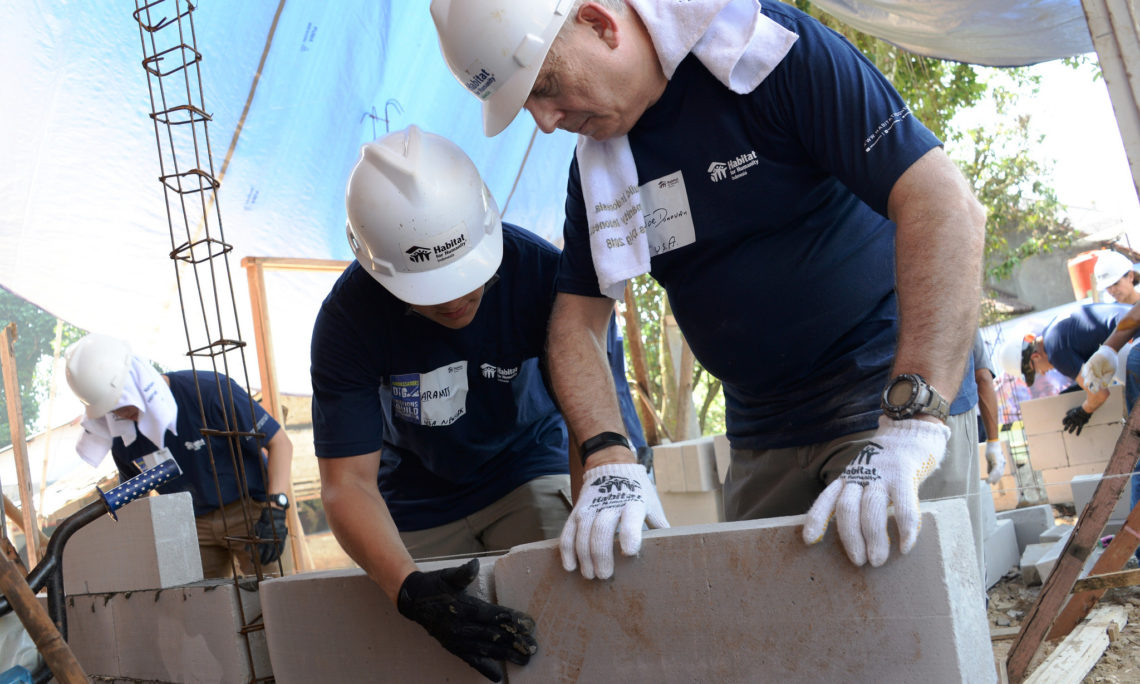 First let me thank all of you for coming out and supporting this event. I want to thank in particular the Habitat for Humanity National Director David Andre Ardhani and Doug Slusher, CEO of Santa Fe Relocation, for your efforts to organize this event. I also want to thank the Ambassadors and officials representing ten other countries here today. Most importantly, I would like to thank YOU, the volunteers, for giving your time to help build these homes. It would not be possible without you.

Volunteerism, or as you would say in Indonesia gotong royong, is a tradition treasured by both Americans and Indonesians alike. Habitat for Humanity in the United States and in Indonesia is a wonderful example of this shared value and of communities coming together to support one another.

As you may know, Habitat for Humanity is a non-profit U.S. organization that works in 1,400 communities and in 70 countries to help people achieve strength, stability and independence through safe, decent and affordable shelter.

This is our third “Ambassador’s Dig” since 2014. Today’s  “Ambassador’s Dig” is all the more meaningful since Ramadan will begin in a few days which is a time of reflection, but also a time to give back to those less fortunate in one’s community as we are doing today.

Through this commitment to community service and working together in service of others on projects such as this, we strengthen the bonds not only within our immediate community but between the United States, Indonesia, and the countries represented here today.

I look forward to seeing how much we’re able to build today. So let’s get to it!