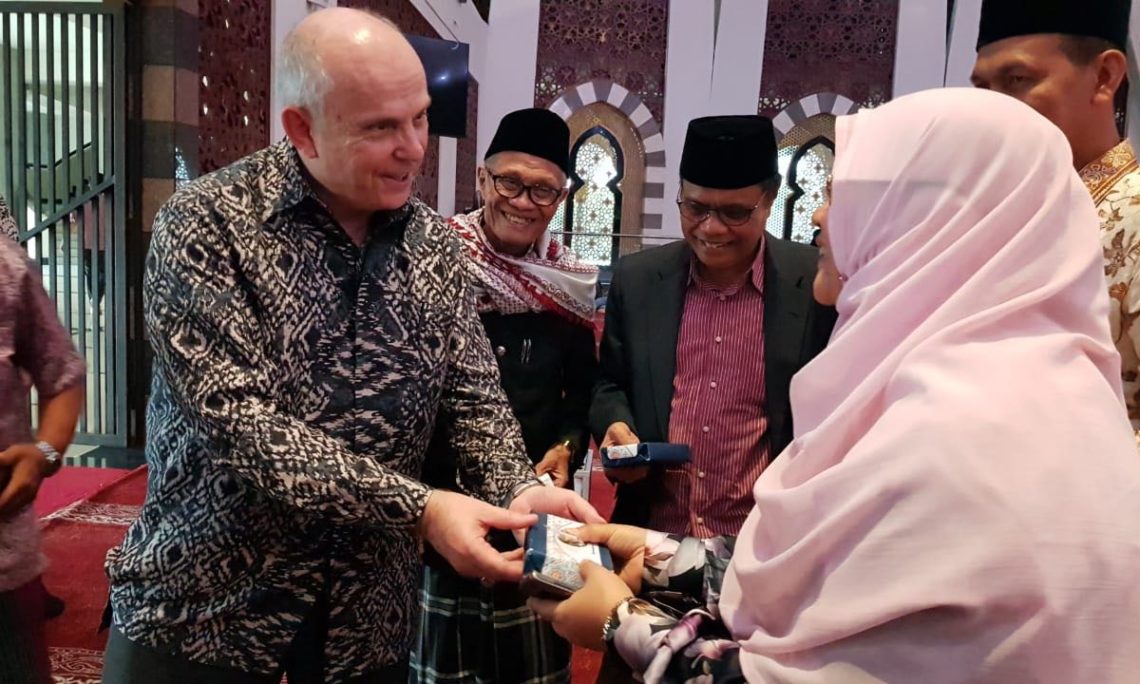 In Padang, he visited the Grand Mosque to discuss Islam with academics and met with Governor Irwan Prayitno to explore ways to deepen ties with West Sumatra. He also visited two pesantrens in Padang Panjang, where he met Mayor Fadly Amran, spoke with students about educational opportunities in the United States, and shared an iftar meal with them. He stated, “My first trip to West Sumatra during Ramadan is a wonderful opportunity to learn about the unique history and culture of this region and how it has influenced society and the practice of Islam here. This year also marks the 70th anniversary of relations between the United States and Indonesia which we are commemorating along with the Indonesian government through a yearlong celebration to highlight the depth and breadth of the partnership between our nations.”

During an outreach event at Andalas University in Padang, the Ambassador encouraged students to pursue higher education opportunities in the United States, noting the free educational advising services available through the Mission’s EducationUSA offices. He also visited the American Corner at Andalas University, which opened in March 2014, where students can practice their English and learn about the United States. The Ambassador highlighted the Embassy’s commitment to increasing exchange opportunities to foster stronger people-to-people connections and deepen bilateral ties.

The Ambassador also visited Sianok Valley in Bukit Tinggi and met with Mayor Ramlan Nurmatias and society leaders there.