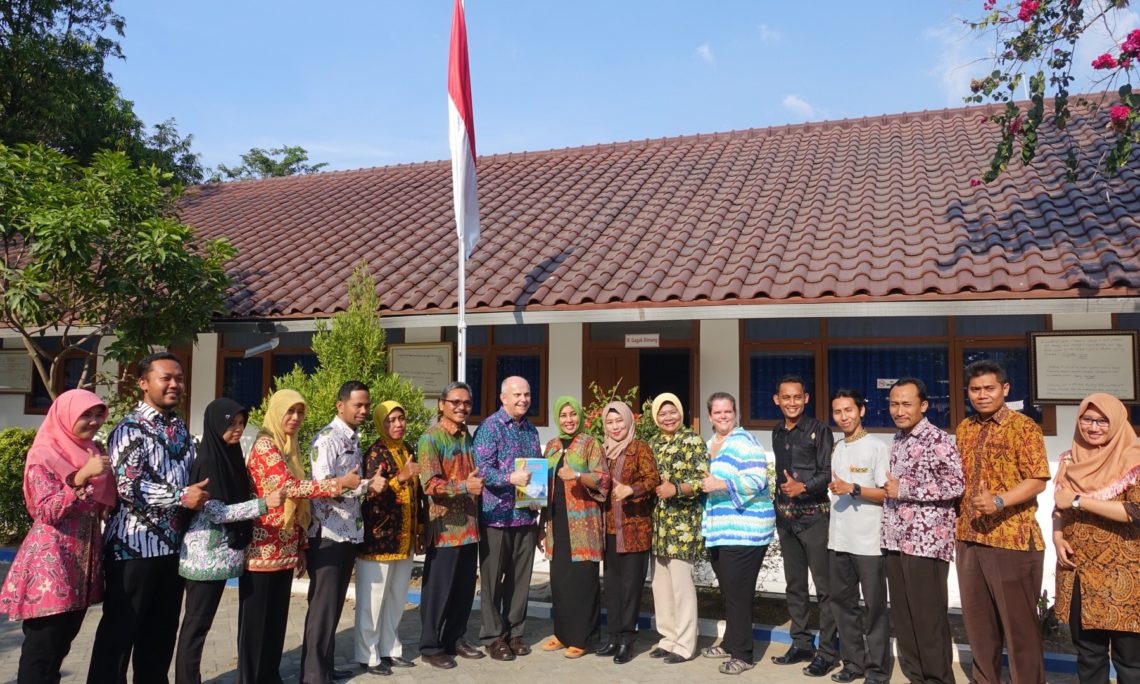 ExxonMobil’s Banyu Urip project produces over 200,000 barrels of oil daily, a quarter of Indonesia’s daily production.  Since 2007, ExxonMobil in Indonesia has contributed more than $30 million in community projects focused on health, education, and local economic development.  Ambassador Donovan conveyed his appreciation for the strong partnership between the Regency of Bojonegoro and ExxonMobil to Kang Yoto, noting, “The partnership between ExxonMobil and Bojonegoro is an example of what American investment brings to Indonesia.”  The Ambassador also praised Kang Yoto’s emphasis on governmental transparency, good governance, and commitment to human rights, as well as the Regent’s work to ensure that the community benefits from Bojonegoro’s natural resources.

Ambassador Donovan ended his third official visit to East Java with a stop at one of twoTeacher Learning Center (TLC) campuses, where over 1,000 teachers in Bojonegoro and nearly 500 in Tuban have been trained.  “Here we see how ExxonMobil and the Bojonegoro and Tuban regencies are investing in the future of your communities.  Projects like the TLC are an example of how American investment in Indonesia benefits local communities, and demonstrate the strong and continued Strategic Partnership between Indonesia and the United States.”