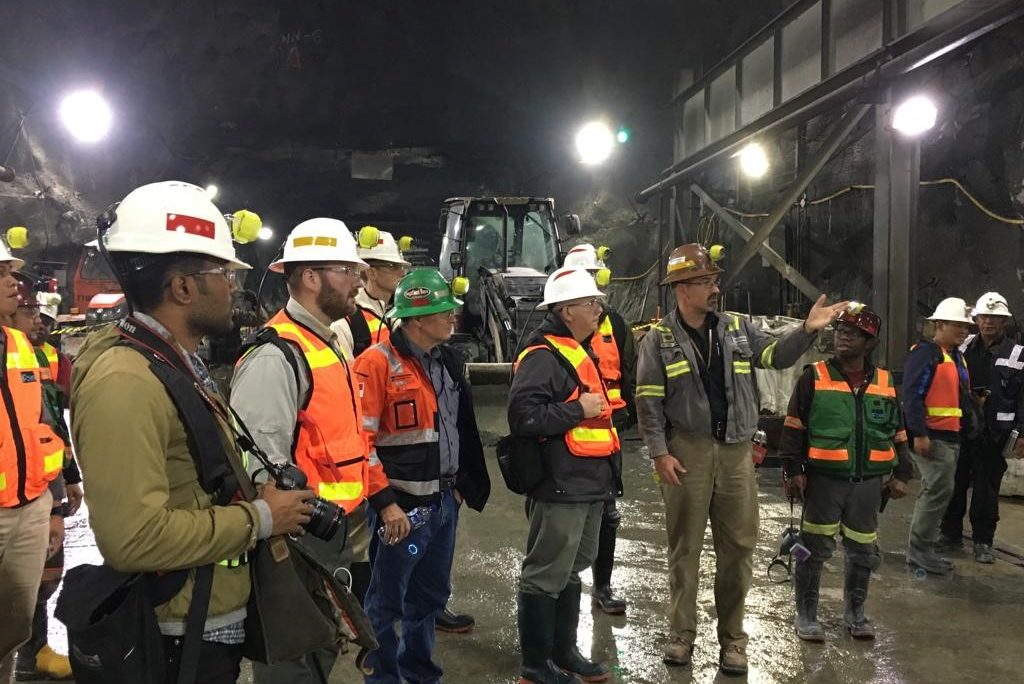 Throughout the visit, the Ambassador emphasized his agreement with President Jokowi’s vision of a “win-win” outcome on operating rights extension negotiations between the Indonesian government and Freeport-McMoRan Inc.  “I head back to Jakarta with an improved understanding of the need for a timely resolution to negotiations over Freeport’s operating rights extension,” he said.  “A win-win solution will provide certainty for Freeport’s future investment and ensure a continued commitment to investments in human and economic development in Mimika and beyond.”

The Ambassador was deeply impressed by the complexity and scale of PTFI’s mining operations, especially its plans to transition from surface to underground mining.  PTFI executives told the Ambassador that the company has invested 208 trillion rupiah ($14 billion) to date and plans to invest another 298 trillion rupiah ($20 billion) in coming years as part of this transition.  When the underground is fully developed, PTFI said it will manage one of the world’s largest and most complex underground mining operations.  These operations employ over 25,000 workers, 98 percent of whom are Indonesian.

Ambassador Donovan was particularly interested to learn about the 256 trillion rupiah ($17.3 billion) PTFI has paid to the Indonesian government between 1992-2017 in taxes, royalties, and dividends.  He also learned that PTFI has contributed more than 23 trillion rupiah ($1.6 billion) in community development funding between 1992-2017.  As part of his visit, Ambassador Donovan toured the PTFI-funded Rumah Sakit Mitra Masyarakat, which operates as part of the one percent of revenues PTFI donates annually to the Lembaga Pengembangan Masyarakat Amungme and Kamoro (LPMAK).  The Ambassador also visited the PTFI-funded Nemangkawi Mining Institute, which provides mining skills training to Indonesians, and the Mile 21 reclamation area, where PTFI is growing crops in what used to be a tailings deposition area.

During a meeting with law enforcement officials, Ambassador Donovan thanked them for their continued pursuit of militants targeting Indonesian and expatriate residents in and around Tembagapura.  He also emphasized the U.S. government’s commitment to supporting capacity building for Indonesian law enforcement.

Community leaders, including from the Kamoro and Amungme tribes, explained to the Ambassador their efforts to combat HIV/AIDS, improve education, and ensure the fair and transparent delivery of government services.  Recent participants in the American-Indonesian Exchange Foundation (AMINEF) PTFI Community College Initiative Program, which funds one year of community college in the United States for young people from Papua and West Papua, told the Ambassador how they improved their writing and communication skills and learned about volunteerism.  The Ambassador encouraged them to build and maintain their networks in Indonesia and the United States and to join the Young Southeast Asia Leader’s Initiative.