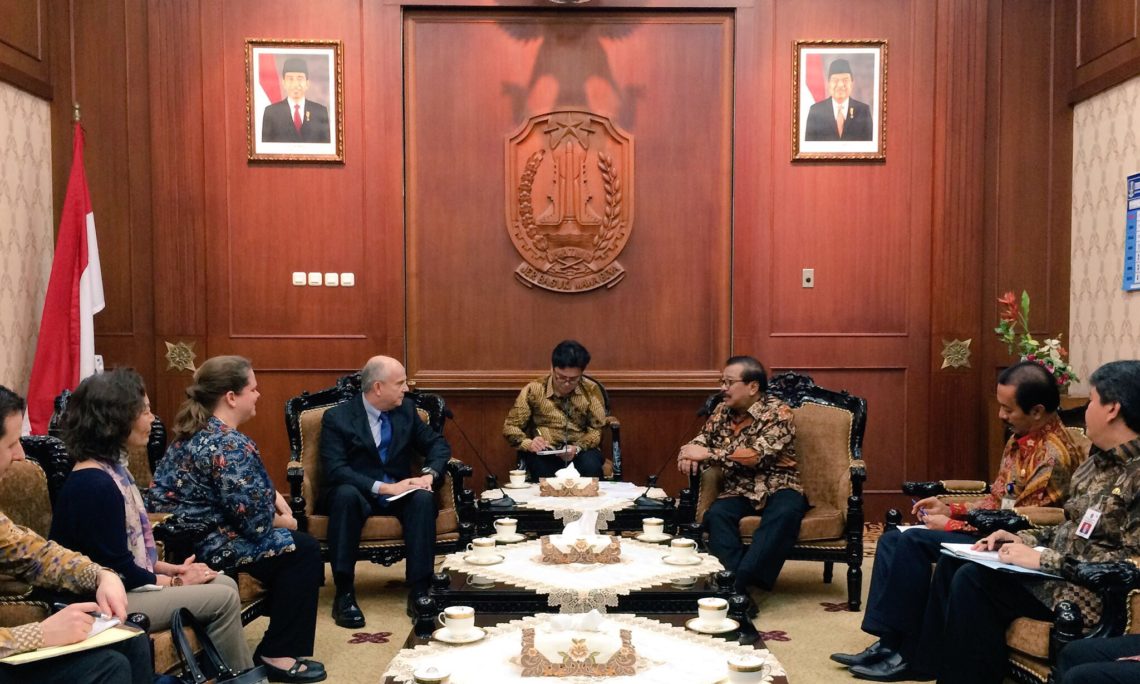 From March 1-2 2017, the United States Ambassador to Indonesia, Joseph R. Donovan Jr. visited East Java, accompanied by Consul General Heather Variava. During this visit, he met with the Governor of East Java, Soekarwo, to discuss the Strategic Partnership between the United States and Indonesia, especially in East Java.  Ambassador Donovan also briefly visited the American Corner at Airlangga University, Surabaya. He met the Rector, Professor Nasih Mohammad, deans of different faculties and volunteers at the  American Corner. In Surabaya, he met with Mayor Tri Rismaharini. They visited Wonorejo Mangrove, an ecotourism site and discussed efforts by the government of Surabaya to manage the environment, he participated in the planting of mangrove seeds.

Ambassador Donovan visited several sacred buildings and institutions symbolizing religious diversity and tolerance in East Java. In Jombang, he visited Pesantren Tebuireng, a center of Islamic education. Gus Sholah, the head of the pesantren and the brother of former President Gus Dur , welcomed the Ambassador and expressed appreciation for Mission Indonesia’s long friendship with the pesantren. The Ambassador also visited East Java’s prominent Buddhist temple and home to Indonesia’s largest Sleeping Buddha the Sleeping Buddha at Majapahit Monastery. Visiting the Confucian temple in Gudo, Ambassador Donovan remarked that pluralism could be the source of strength and inspiration for Indonesia. 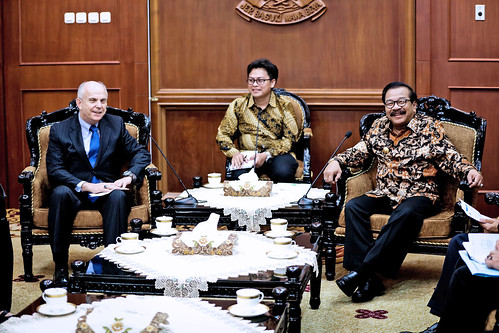