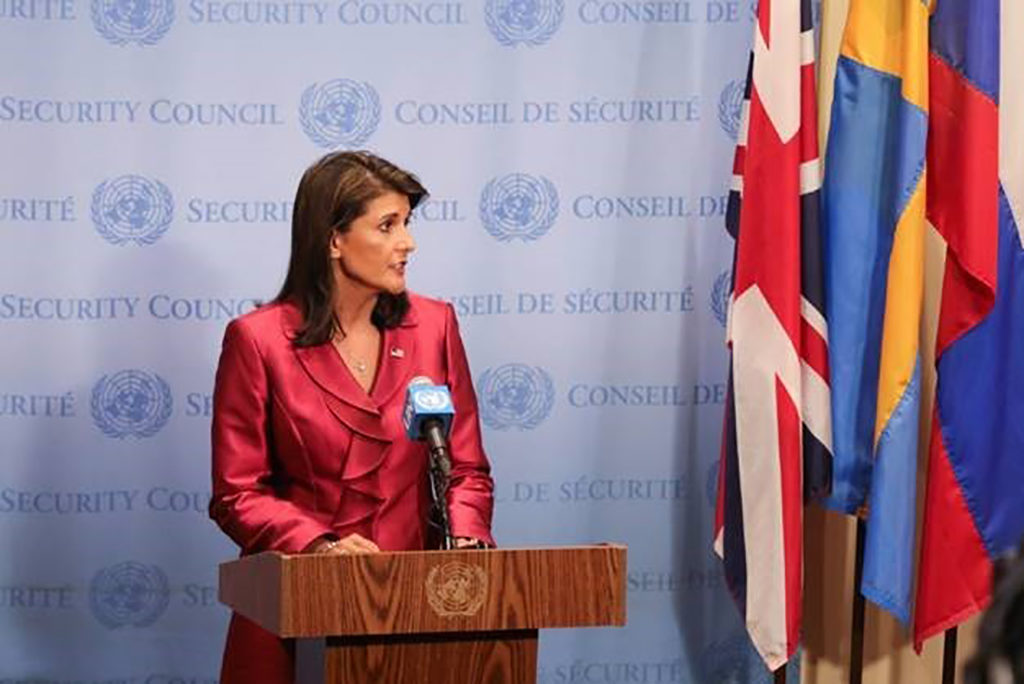 Today, during a ministerial-level meeting on Burma, Ambassador Nikki Haley announced more than $185 million in additional humanitarian assistance for those in Burma and Bangladesh who have been affected by the Rakhine State crisis. ‎The new funding, which includes $156 million for Rohingya refugees and host communities in Bangladesh, will support the implementation of critical emergency services, including protection, emergency shelter, food, water, sanitation, health care, and psychosocial support.

“The United States is proud to be the leading donor of life-saving assistance to displaced persons, refugees, and host communities in Burma and Bangladesh. Still more needs to be done, so we need other countries to do their part as well. We continue to call on the Burmese government to do more to hold those who have engaged in ethnic cleansing accountable for their atrocities‎, end the violence, and allow full humanitarian and free press access. And we greatly appreciate Bangladesh’s unwavering generosity in hosting and caring for the refugees,” said Ambassador Haley.

This additional funding brings U.S. humanitarian assistance in response to the Rakhine State crisis to nearly $389 million since the outbreak of violence in August 2017, when Burmese security forces began committing widespread atrocities against Rohingya villagers across northern Rakhine. Bangladesh now hosts nearly 1 million refugees, most of whom are Rohingya women and children who have taken refuge since the start of the violence.