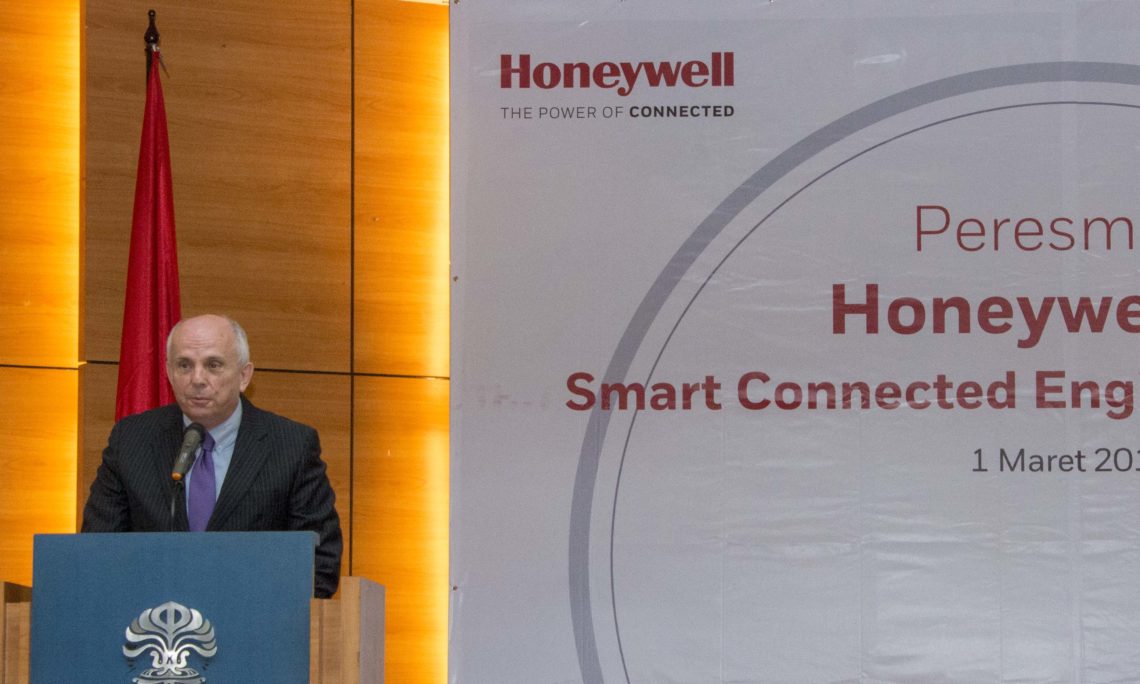 Minister Nasir, Rector Anis, President Roy Kosasih from Honeywell’s ASEAN and Indonesia offices – it’s a great pleasure to see all of you at this event.

I would like to congratulate the leadership and staff of Honeywell and the University of Indonesia for your hard work in setting up this impressive connected campus laboratory.  This is another clear example of the strong partnership between the United States and Indonesia, and the benefits both sides can achieve by deepening our cooperation.

Companies like Honeywell have a history of investment in Indonesia going back decades – a legacy of the hard work leaders on both sides of the Pacific have put into building and developing our trade and scientific relationships.  This lab will also add to the University of Indonesia’s impressive list of U.S. partners, which includes some of America’s top research universities, helping to increase the people-to-people ties between our two nations.

In fact, our companies, universities and government have all been good partners of Indonesia for a long time.  As diverse democracies, our two nations have substantial shared interests and values, something reflected in our Strategic Partnership and the many kinds of mutual cooperation that support it.

President Trump summarized U.S. interests in the region in his remarks at the U.S.-ASEAN Summit, where he made clear that the United States is committed to working with Strategic Partners like Indonesia to advance an economic and trade architecture that opens markets, promotes high standards, and achieves free, fair, and reciprocal trade.

And during Vice President Pence’s visit to Indonesia last April, we once again saw the possibilities of a stronger U.S.-Indonesia economic partnership as he joined Vice President Kalla to witness the signing of more than $10 billion worth of trade and investment deals.  These deals included an agreement with Honeywell to sell 34 engines to be used in the production of PT Dirgantara Indonesia’s new generation NC212i aircraft – something that will help Indonesia make its dream of a domestically-produced aircraft a reality.  Deals like these clearly show the many tangible benefits for an Indonesia that is open to U.S. investment.

As I look around today and see the many Indonesian engineering students who will benefit from this example of win-win U.S.-Indonesia cooperation, I am reminded not only of how far we’ve come together, but also of the immense opportunity that still lies ahead.

In fact, U.S. universities lead the world in research, accounting for one-third of all research and development funding globally.  We know well that investment in research at universities fosters the creativity and innovation we are witnessing here today.

There’s simply so much potential in strengthening the academic and trade relationships between our two countries, and we are committed to working hand-in-hand with Indonesia to do just that:

Through EducationUSA, our free student advising service with locations across Indonesia, we are helping students like you find the U.S. university or college that best fits your interests so that you can develop the skills and the international network to successfully enter today’s global workforce.  I hope you will see our EducationUSA advisor Iqbal, who is here with me today, or visit @america in Pacific Place mall any day of the week to learn more.

I was heartened to learn recently that the largest nationality represented amongst the hundreds of foreign researchers in Indonesia are Americans.  These scientists reflect the U.S. system of open scientific research and investment in R&D that have made the American economy one of the most dynamic and innovative in the world.  I’m happy we have the opportunity to share our experience with Indonesia and hopeful that we can continue to increase the depth and breadth of U.S.-Indonesian scientific advances together.

Prosperity in the 21st century and beyond will depend on nimble problem solving that harnesses the power of markets and emerging innovations.  With its growing, digitally-connected middle class and strategic location in the heart of the Indo-Pacific, Indonesia is well positioned to play a leading role in the decades ahead.

Building on this foundation, I believe that the U.S. can be an even better partner for the future as Indonesia moves to the creative, information-driven, advanced economy that President Jokowi has called for.  In this, Indonesia’s aspirations and U.S. strengths are well aligned.

From the Internet of things to agricultural biotechnology to digitally-integrated buildings like the one we are here to celebrate today, American technology and the research behind it will continue to play a key role in helping Indonesia build a strong and dynamic economy.

Looking forward, I hope to attend many more opening ceremonies for state-of-the-art joint projects like this connected campus laboratory as the U.S. and Indonesia further deepen our economic partnership.  Thank you and congratulations.