Ambassador Blake opened the EducationUSA Higher Education Fair on February 23 at the Le Meridien Hotel in Jakarta. The fair featured 41 U.S. colleges and universities who are visiting Indonesia to recruit applicants. 855 students and parents attended the fair, which also featured presentations on college applications, admissions essays, and student visas. In his opening remarks, Ambassador Blake encouraged participants to take advantage of the world-class educational opportunities available in the United States. 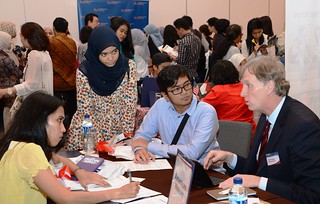