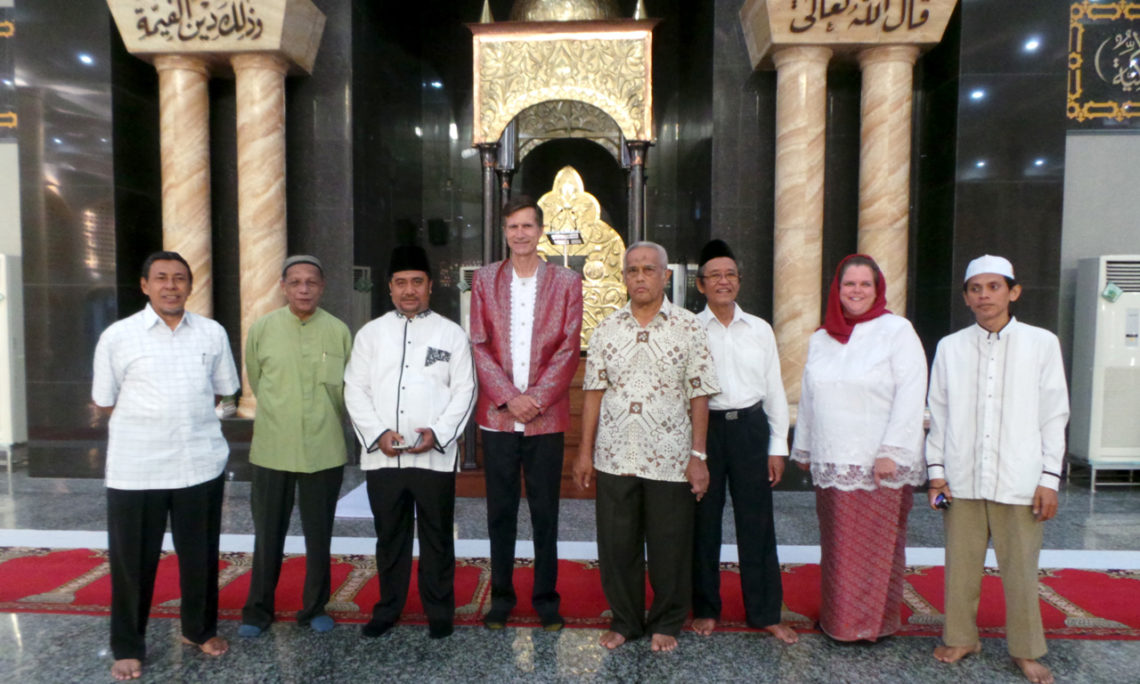 “I am honored to visit the Maluku region for the first time and celebrate Ambon’s 440th anniversary,” Ambassador Blake said. “I would like to thank Governor Said Assagaff and Mayor Richard Louhenapessy for their warm welcome. Our ties with this region are growing, from our educational partnerships to economic opportunities. We welcome the opportunity to engage with the people from Maluku.”

Ambassador Blake also celebrated the Protestant Church of Maluku (Gereja Protestan Maluku or GPM) 80th anniversary on September 6, 2015.  In addition, the delegation visited Al-Fatah Great Mosque, and Jami’ Ambon mosque, built in 1860, which is one of the oldest mosques in Ambon.

“Both Indonesia and the United States are countries that are known for religious devotion and religious diversity,” Ambassador Blake said. “Our respect for religious values and the freedom to worship is a cornerstone of our multi-ethnic, multi-religious democracies.”

During the trip, Ambassador Blake also visited Universitas Pattimura (UNPATTI) and the American Corner located at the university. On September 4, 2015 he spoke to professors and students about the relationship between UNPATTI and the United States, including the English Language Fellow the university hosts, the American Corner and several alumni of U.S. scholarship programs.  Ambassador Blake also encouraged students to become members of the Young Southeast Asia Leaders Initiative (YSEALI) program, which offers regional and U.S. exchange programs as well as grants.

On September 4, 2015 Ambassador Blake participated in the graduation of 20 students participating in the English Access Microscholarship Program (Access), which is managed through the Regional English Language Office (RELO) of the U.S. Embassy to Indonesia and delivered by University of Indonesia. After two years of intensive English study, 20 Ambonese teens will graduate from the program. The Ambon program has been active since 2010, with 60 program alumni.