On September 12, the Ambassador hosted more than 350 young classical music lovers for a concert featuring the Twilite String Quartet with Addie MS, one of Indonesia’s most revered composers.  They played pieces by David Hellewell and John Williams.  Between pieces, Addie MS discussed the historical background within which these American composers created their music.  Because Addie MS has many young fans (over 800,000 Twitter followers), this classical music concert also served as youth outreach and it helped to counter negative narratives about the United States among young Indonesians. 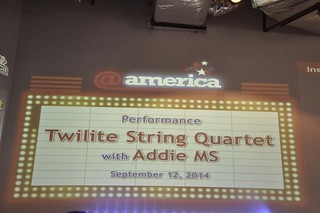