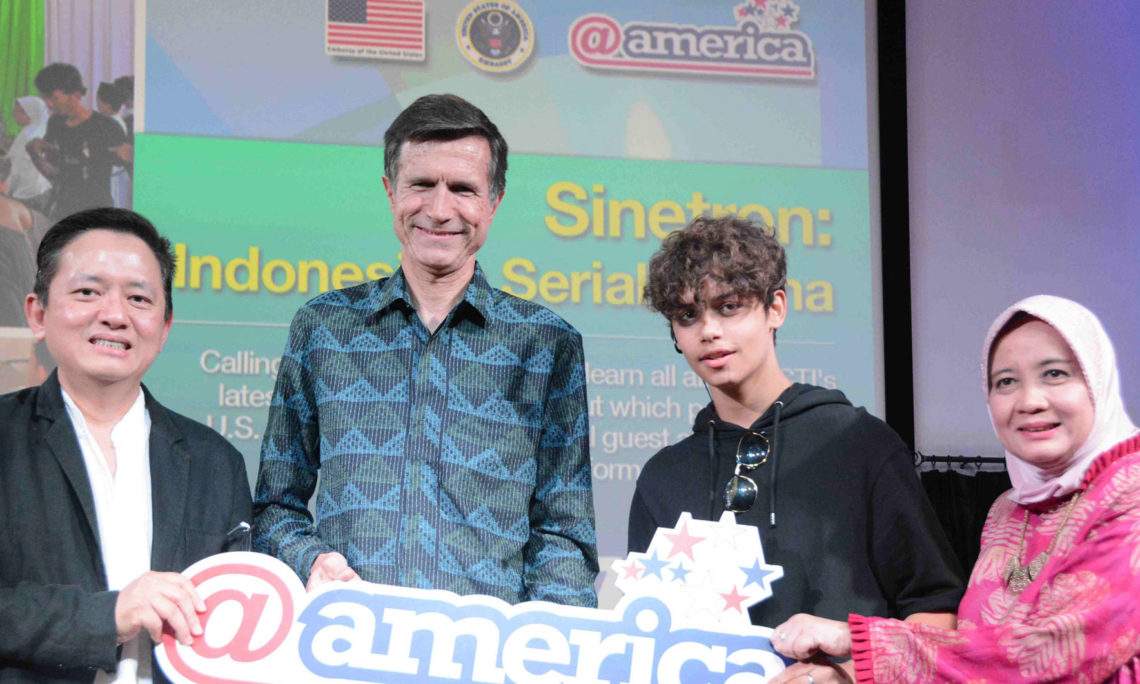 DNA Productions and Warner Music Indonesia representatives also discussed the collaborative effort that brought internet star Harris J (a UK citizen signed by US-based Awakening Records) to Indonesia, inspired the RCTI sinetron “Salam”, and how the Ambassador and Harris J worked together to highlight the importance of peace, tolerance, and diversity.

Questions from the media included thoughts on the importance of sinetron to reach out to young Muslims in Indonesia, fun experiences as part of filming this sinetron episode with Harris J, any of the Ambassador’s prior acting experience, how the process of the sinetron filming went, and if he will pursue acting in the future. ‎

Ambassador Blake closed the press conference by urging young Indonesians in the audience to play an important role in the future in spreading messages of peace and tolerance, as well as taking a future leadership role in Indonesia.