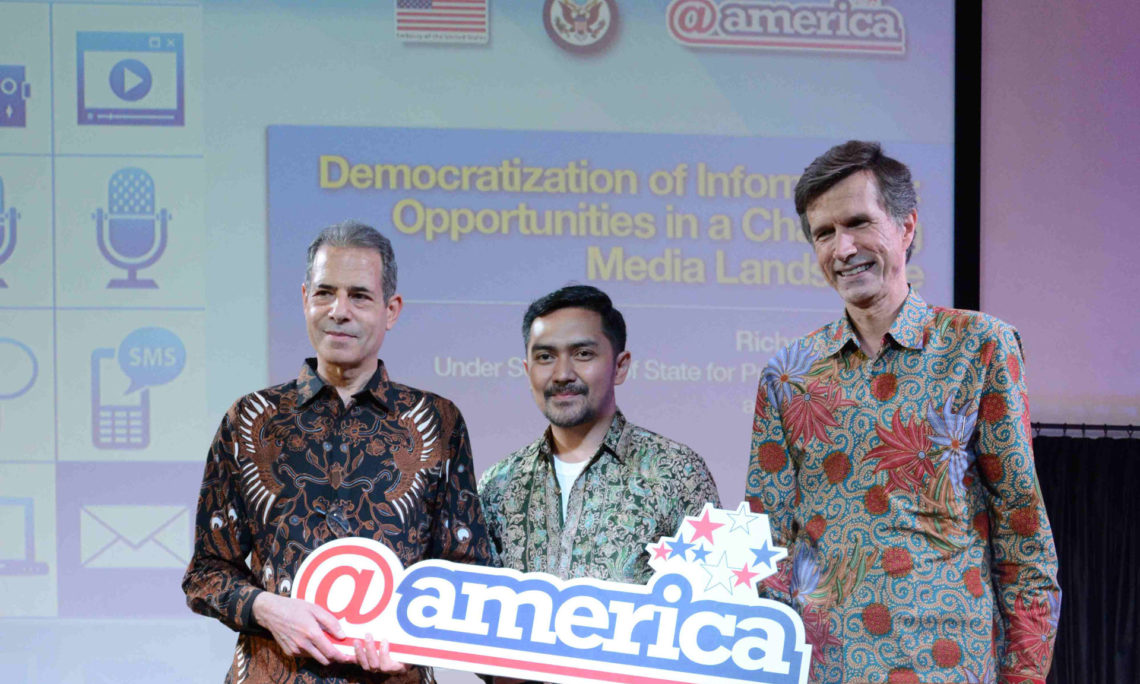 On April 15, during the second and final day of his first visit to Indonesia, the State Department’s Undersecretary for Public Diplomacy and Public Affairs Richard Stengel addressed how the democratization of information empowers a broader population than ever before, during his program with 130 journalists, students, and activists at @america. Working in tandem on stage with TV news anchor Prabu Revolusi as the moderator, the Under Secretary commented on the audiences’ responses to real-time opinion polling on iPads; the questions included the audience’s views on the biggest media changes and challenges in Jakarta’s highly digital media environment. Mr. Stengel noted the importance of citizen journalism as a valuable medium in addressing Indonesia’s concerns regarding government corruption, and talked about the important role Twitter, Facebook, and YouTube have played in helping to staunch pro-ISIL dissemination of information, a conversation thread that featured prominently during the ensuing Q & A session. 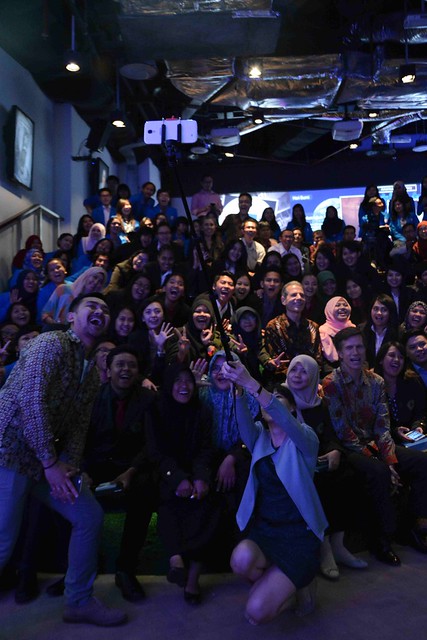