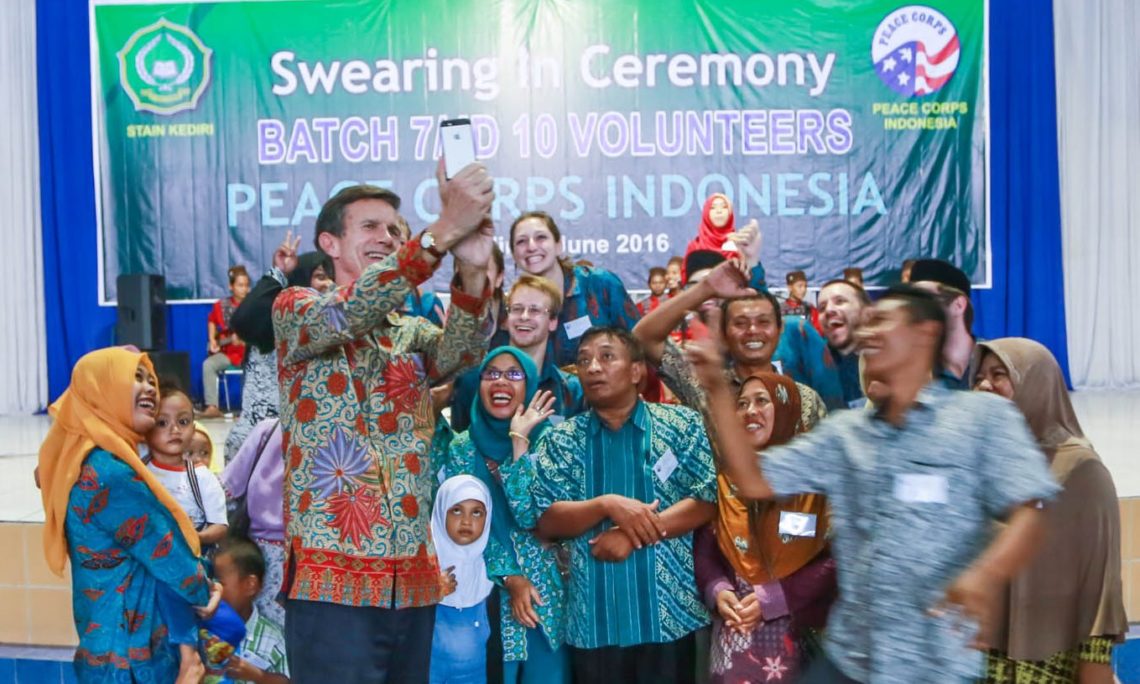 Dubes Blake taking a selfie with Peace Corps volunteers in Kediri during swearing in ceremony.

Central government as well as East Java and West Java government officials joined the Ambassador June 1 to swear-in 68 new Peace Corps Volunteers in Kediri, the largest batch of volunteers in Indonesia to date.  The Ambassador deputized the volunteers to be US ambassadors to their host communities, building personal ties between the United States and Indonesia and helping improve understanding about the United States among Indonesians.  Suharti, the senior Government of Indonesia representative from the Ministry of Education and Culture, urged the volunteers to teach their students not just English but other aspects of American culture, including sports and a love of reading.  Suharti, who herself studied in Michigan, also encouraged volunteers to share anti-smoking messages like those found in the States, noting that smoking poses a threat to the health and economic prospects of all Indonesians.  Having completed ten weeks of pre-service training in Kediri, East Java, the volunteers now move to their host communities in East and West Java to begin their English-teaching service.