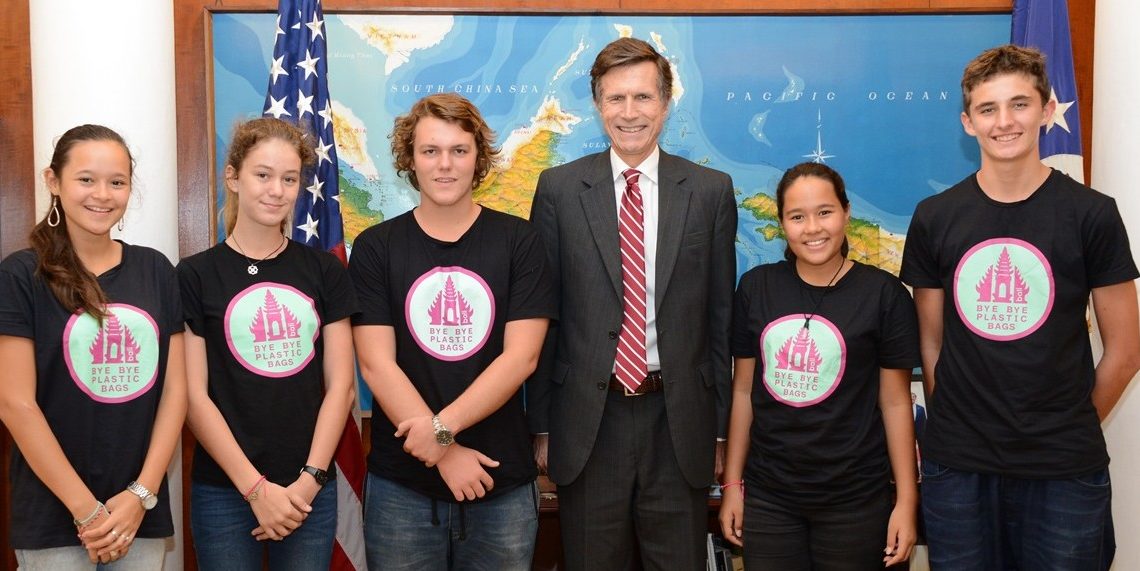 Ambassador Blake met on April 18 with youth members of the environmental group Bye Bye Plastic Bags (BBPB), led by Melati and Isabel Wisjen, to receive updates on their work and to hear the status of Bali’s efforts to rid Bali of plastic bags.  Melati and Isabel, both students at Bali’s Green School, founded Bye Bye Plastic Bags in 2012 after noticing the island’s increasing problem with plastic garbage.

The initiative’s founders conduct awareness campaigns in Bali and abroad and have met with UN Secretary General Ban Ki Moon and Jane Goodall, presented their own TED Talk, and persuaded the Governor of Bali to take actions to reduce the province’s use of plastic bags, starting with the creation of an action plan that implements the Ministry of Environment and Forestry’s (MOEF) plastic bag tax.

The youth explained that Bali’s provincial environment authority plans to further influence consumer habits by increasing the tax in June.  BBPB has also worked with Bali’s hotel industry regarding potential recycling efforts and has set its sights beyond the island, establishing BBPB branches in Australia, throughout Southeast Asia, and New York.

Melati and Isabel travel next week to the Monterey Bay Aquarium’s (California) Ocean Plastic Pollution Summit to share their story with U.S. students.