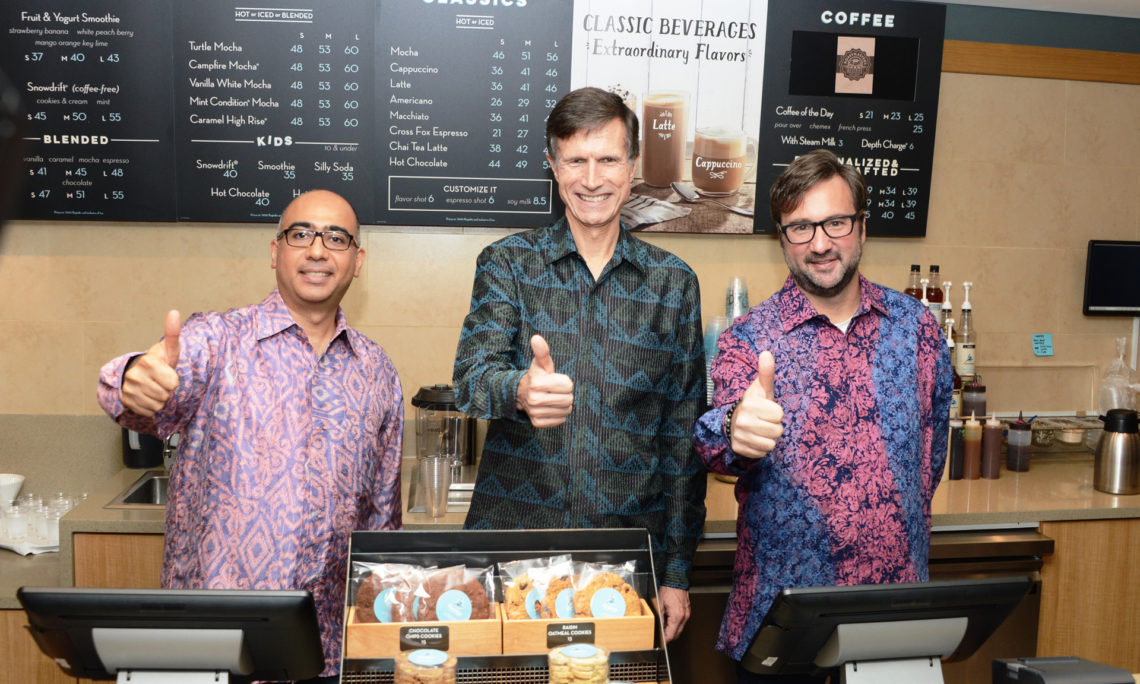 On the afternoon of December 8th, U.S. Ambassador Blake attended the Grand Opening of Caribou Coffee’s first store in Indonesia and in Southeast Asia. Ambassador Blake delivered opening remarks and, together with Caribou CEO Mike Tatterfield and Mahadya Group COO Mehdi Zaidi, cut the ribbon which launched Caribou’s business in the region. Based in Minnesota and named after the iconic animal known for its impressive antlers, Caribou Coffee is owned by Peet’s Coffee group and has 203 stores in 10 countries, with the vast majority located in the Middle East and Turkey. Caribou also sources over 10% of its coffee worldwide from Indonesia, mainly Java and Sulawesi.