Home Laman utama | News & Events | Celebration of the 241st Anniversary of the Independence of the United States of America, Jakarta 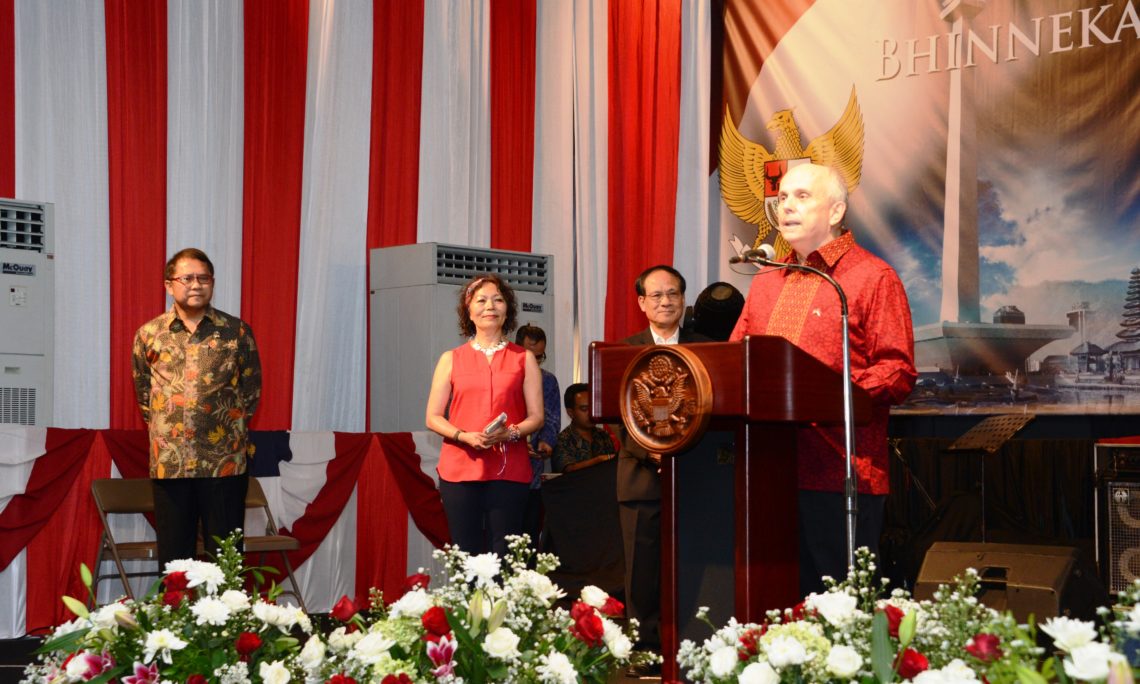 Celebration of the 241st Anniversary of the Independence of the United States of America, Jakarta (State Dept. / Erik A. Kurniawan)

In the United States, Independence Day is marked each year with celebrations that bring diverse people together, often across geographic, social, and economic divides, to remember and appreciate the efforts of those Americans who sacrificed for the freedoms and ideas that we deeply cherish today.

Our two nations have much in common: rich histories, ethnic and religious diversity, and a vibrant democracies and a commitment to democratic processes and institutions.

We share many common values and these values were reinforced this year during Vice President Pence’s visit to Indonesia to reaffirm our Strategic Partnership. One of these  main ideas is that all people  are born equal and that for our countries to succeed, we must respect the rights, traditions, and believes  of all our citizens.

In the eight  months that I have been in Indonesia, I have had the opportunity to travel from Sabang  to Jayapura , and in between. Everywhere that I have visited, I have been deeply impressed by the pride Indonesians have in their tolerance for different religions, ethnicities, traditions and cultures.

Just as the United States is a country made up of many different peoples and cultures, so too does Indonesia find strength and inspirations in the same qualities. It is no wonder that we have similar national mottos: Bhinekka Tunggal Ika and E Pluribus Unum – out of many, one.

This year’s celebration is particularly meaningful to me as it is my first as the United States Ambassador to Indonesia. I am honored to continue to work with  our partners in Indonesia, and to strengthen the many ties between our two nations .

The displays throughout the Residence, including from the Dayak and Lakota tribes,  the US Mission to ASEAN, and the many U.S. businesses present here today, reflect our shared values and the extensive ties between the United States and Indonesia.

Finally, I would like you to join with the entire U.S. embassy community to bidding a fun farewell to our outgoing Deputy of Chief Mission Brian McFeeters, and best wishes for his next assignment in Washington.

I would like to thank each of you  for joining us today  for all that each of you do to help strengthen our Strategic Partnership.