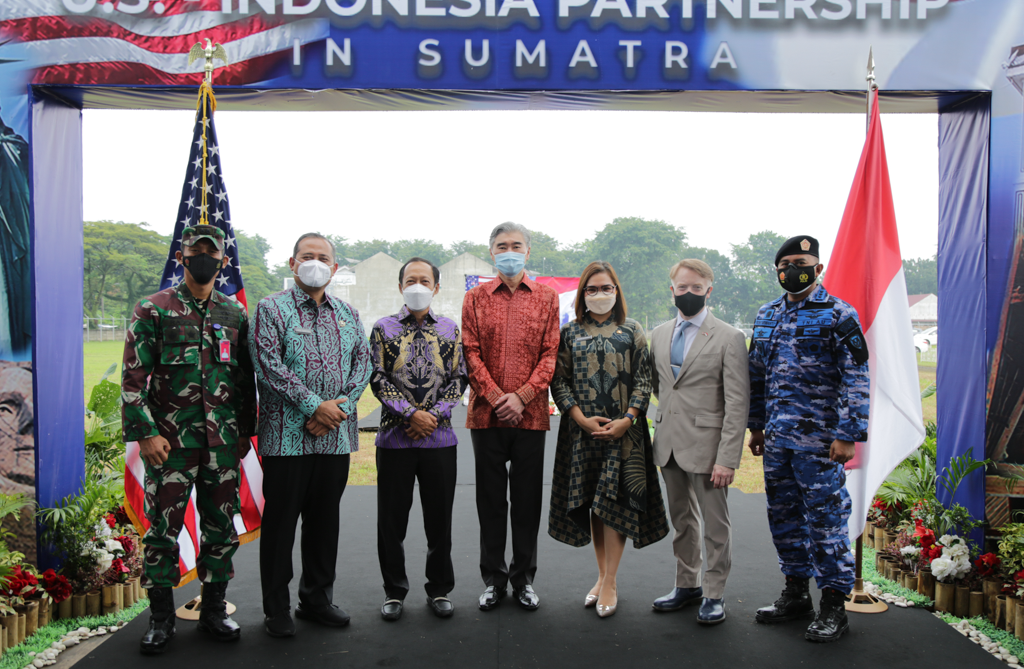 The U.S. Consulate in Medan will soon build a new office in the city of Medan. On November 17, the U.S. Ambassador to Indonesia, Sung Y. Kim, opened a soft launch event to kick off the construction of the New Consulate Compound in Medan. The event was attended by Expert Staff to the Governor of North Sumatra on Economy, Finance, Development, Assets, and Natural Resources, H. Agus Tripriyono, Deputy Mayor of Medan Aulia Rachman and U.S. Consul for Sumatra Gordon Church.

Ambassador Sung Y. Kim said, “This development is a manifestation of the U.S.-Indonesian partnership in Sumatra and an effort to strengthen the relationship between the two countries. I thank the Governor, the Mayor, and other parties who have supported us so far in the process of buying land and preparing for building construction.”

In his remarks, U.S. Consul for Sumatra Gordon Church said that “This building is not just a new office for us but a symbol of the United States’ commitment to Indonesia, especially in Sumatra. I look forward to building this compound, to building closer and stronger ties with Indonesia, and to face the challenges that will come together.”

The New Consulate Compound is expected to be completed within the next three to four years. During his visit to Medan yesterday (11/16), Ambassador Sung Y. Kim also opened an illustration exhibition or art wall by a local Medan illustrator depicting U.S.-Indonesian cooperation in the environment, health, and education at the residence of the U.S. Consul in Medan.