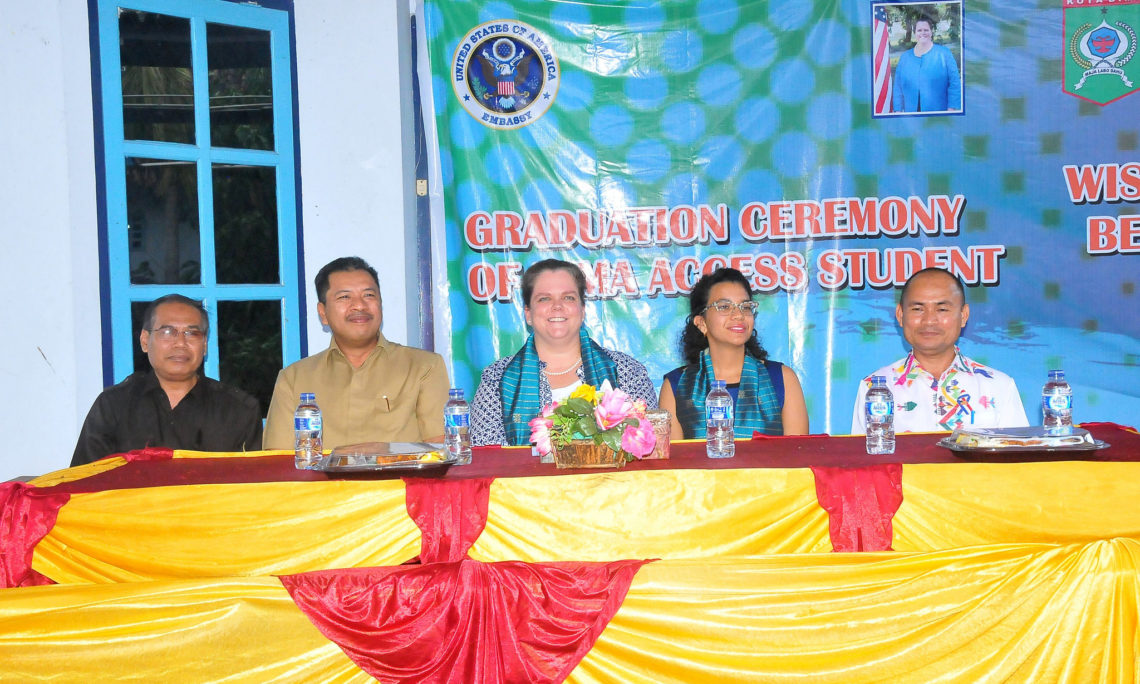 U.S. Consul General Surabaya and PAS attended two Access graduations in Bangkalan, Madura on November 14 and Bima, Sumbawa on November 17.  A total of approximately 150 students in the two cities graduated from the two-year English Access Micro-Scholarship Program, a part of the Regional English Language Office (RELO).  CG Variava gave remarks and handed out certificates to the graduating students.  The Madura program started in 2010 and now has over 400 alumni.  In Bima, more than 150 government officials, educators, and family members attended the city’s first class of graduating students.