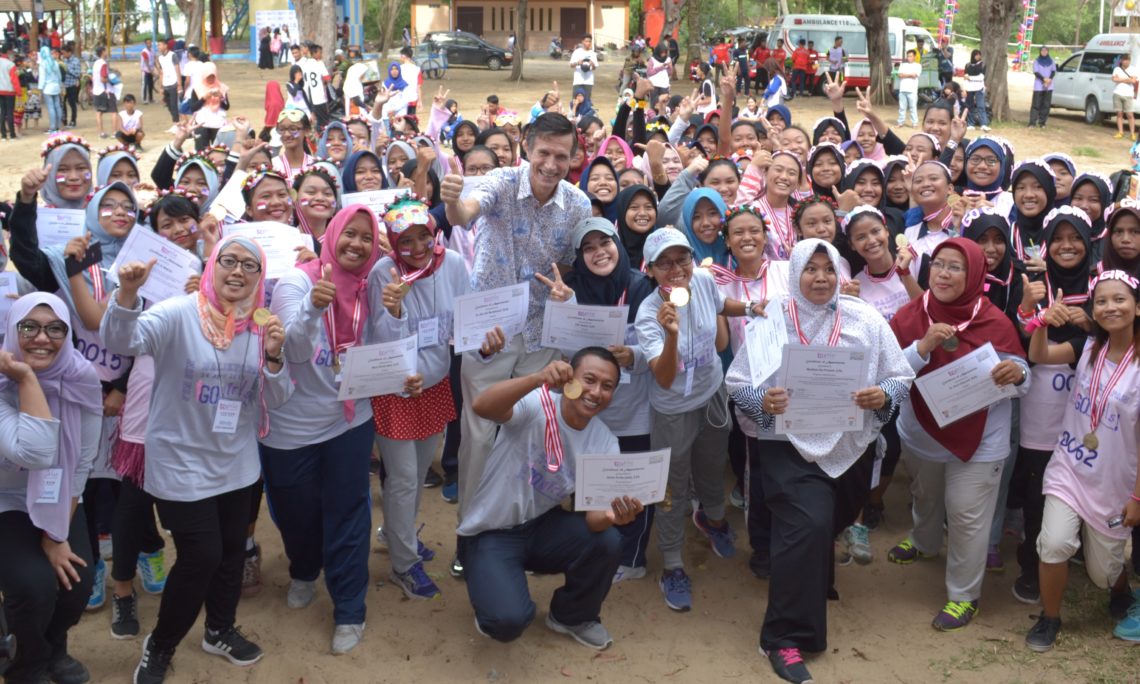 On April 24, nearly 1,000 girls in four cities across Indonesia participated in 5K “fun runs” in a culmination of 6 months of training delivered by  three different implementing partners.

Part an effort to increase girls’ participation in sports via the easily accessible sport of running in all four cities, in Surabaya U.S. Consul General Heather Variava greeted the 300 runners from 10 different high schools and kicked off the event there.

The programs for over 300 girls in Jakarta (Girls Can Run) and Balikpapan (Go Girls!) also took place on April 24, the latter featuring Ambassador Blake running with over 100 girls from local area high schools as part of an Embassy outreach trip to East Kalimantan.

The event in each location was capped with an awards ceremony highlighting those students with top accomplishments throughout the program, including top academic student, most improved, and top leadership, as well as those who took the top three places in the 5K run.

The training over six months focused, not just on succeeding in running, but also promoted a host of invaluable lifeskills including women empowerment, healthy life-style and environmental awareness, strength, independence, self-confidence, and leadership for youth.