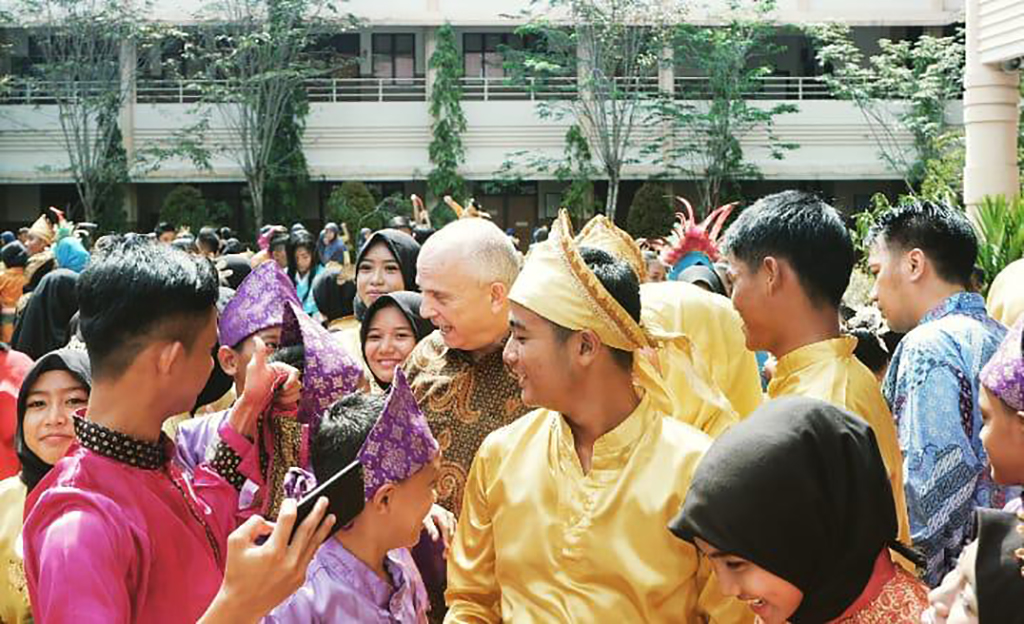 During a visit to Public Junior High School 1 (SMPN1) and Universitas Borneo, the Ambassador encouraged students to be part of the upcoming 70th anniversary of U.S.-Indonesia relations by participating in the Embassy’s exchange programs, such as the Young Southeast Asian Leaders Initiative (YSEALI) and the Youth Exchange and Scholarship (YES) program. He also encouraged faculty to take advantage of the Embassy’s Regional English Language Office, which provides support to English teachers throughout Indonesia.

Throughout his visit, the Ambassador emphasized that the U.S.-Indonesia Strategic Partnership extends to all corners of Indonesia and is grounded in shared values, people-to-people ties, and mutual respect.