On Tuesday, January 28 the Embassy hosted “Covering Indonesia” at @america with Joe Cochrane, the Indonesia correspondent for The International New York Times, and Samuel Reeves, News Editor for Agence France-Presse. Cochrane and Reeves spoke to an audience of 130—including around 80 journalists—about their experiences working as foreign reporters in Jakarta. The event ended with a wide-ranging Q&A session in which audience members, including many Indonesian reporters, asked the correspondents about international coverage of the upcoming elections, Jokowi, the Bakrie-Rothschild business dealings, terrorism, the Indonesia-Australia relationship and last year’s Miss World pageant in Bali. 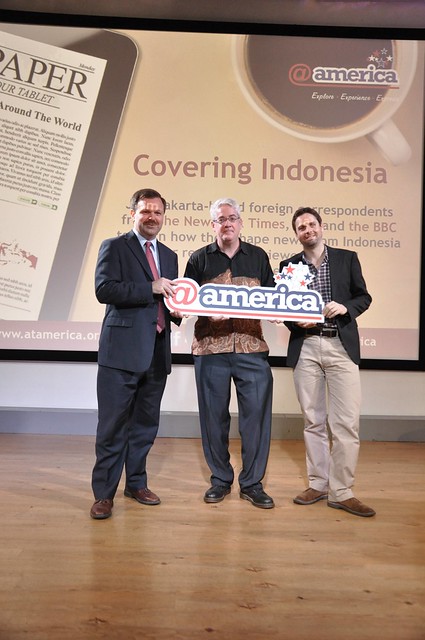