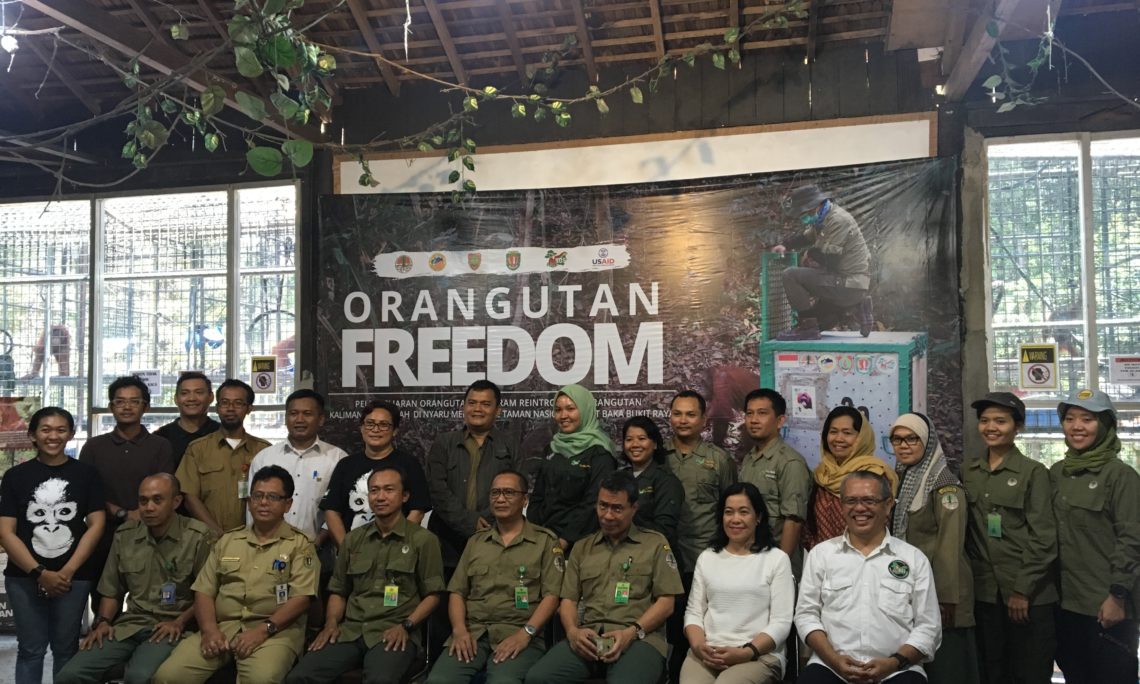 “USAID is proud to partner with the Government of Indonesia and the BOS Foundation to support multi-stakeholder efforts for orangutan conservation. This 100th release marks a key milestone, one that we hope will inspire even broader commitment to protecting Indonesia’s orangutan and their forest habitats,” said USAID Indonesia Mission Director Erin E. McKee.

The orangutan is a key species native to the rainforests of Sumatra and Borneo and the only great ape in Asia. The International Union for Conservation of Nature reports that the world’s orangutan population has decreased approximately 80 percent in the last 75 years, during which time total number of individuals plummeted at a rate of approximately 1,000 per year. The main driver is habitat destruction from forest clearing for agricultural development. Such activities often strand orangutans on plantations, in conflict with communities and in need of rescue and rehabilitation.

USAID is committed to addressing this challenge by partnering with and empowering local organizations working on the front lines of orangutan conservation. Through the USAID LESTARI project, USAID supports BOSF to rescue, rehabilitate, and release orangutans into secure habitats in Bukit Baka Bukit Raya National Park. These successful releases reflect the progress made by national park staff in improving park management and protection in support of a thriving orangutan population and healthy forests, which benefits forest-dependent communities and the broader economy.

Ir. Wiratno, MSc., General of Natural Resources and Ecosystem Conservation at the Ministry of Environment and Forestry (KSDAE-KLHK) said, “Data from the Directorate General of KSDAE showed that more than 50% of the wildlife population is not in conservation areas, but in production forest areas, protected forests and even in Areas Designated for Other Use (APL). It is important for stakeholders such as business people, local governments, NGOs and the Adat community to conserve wildlife. In the future, we expect that orangutans inside and outside the conservation areas are protected. The spirit of collaboration is the key to synergy in the future.”