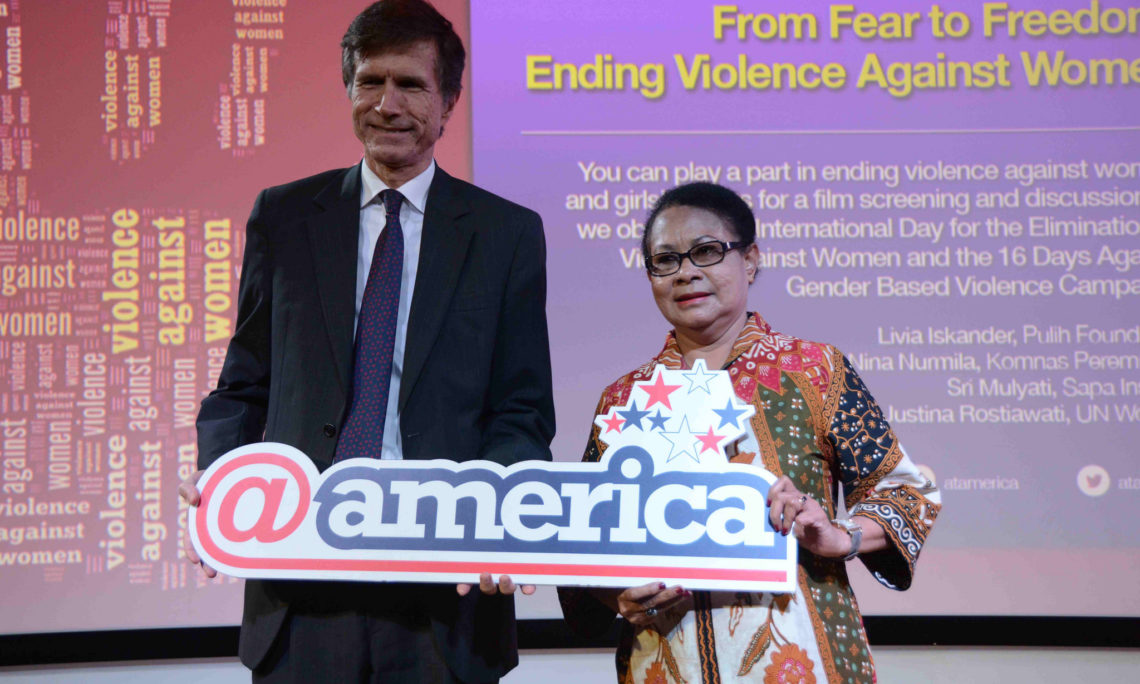 Marking 16 Days of Activism Against Gender Based Violence (@America)

On December 1 at @america, Ambassador Blake gave opening remarks at an event marking the International Day for the Elimination of Violence Against Women and 16 Days of Activism Against Gender Based Violence (GBV). Minister of Women’s Empowerment and Child Protection, Yohanna Yembise, joined the Ambassador in urging the enthusiastic audience of over 150 to become agents of change in ending gender based violence in their communities. Remarks were followed by a screening of the powerful documentary, From Fear to Freedom, and a panel discussion with representatives from UN Women, Indonesia’s National Commission on Violence Against Women, Bandung-based NGO the Sapa Institute, and the Pulih Foundation, an organization with offices in Jakarta and Aceh that provides counseling and psycho-social services to victims of violence.  Part of the Embassy’s efforts to engage on issues related to GBV prevention and education throughout the year, the annual 16 Days campaign provides an opportunity to partner with other local and international organizations working toward similar goals thus multiplying and amplifying this important message.