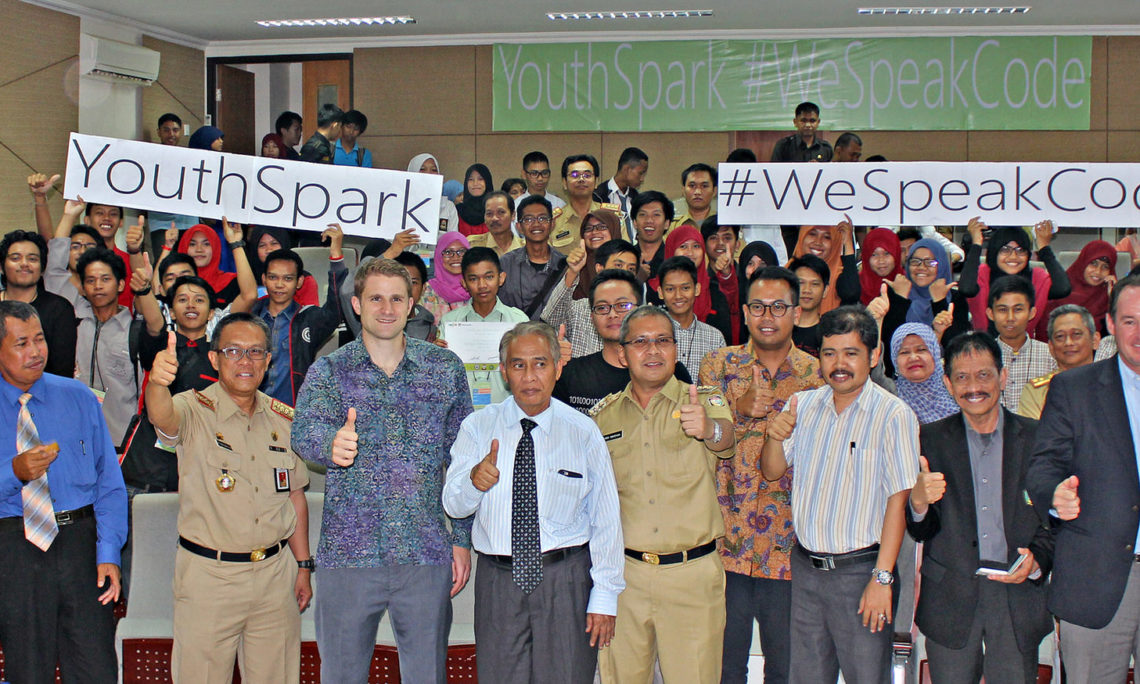 The Consulate teamed up with the Alauddin State Islamic University and Microsoft for an intense, four-hour “coding” workshop were they trained 60 high school and university students on May 27, 2015. The Makassar Mayor, U.S. Consul General, and University Rector were present at the event.

“Microsoft, the State Islamic University, and the U.S. Consulate are partnering to promote innovation and technical proficiencies among South Sulawesi university students,” said U.S. Consul General Monserrate. “Both Indonesia and the United States are committed to increasing capacities and our partnership in the key STEM (science, technology, engineering and mathematics) fields.”

#WeSpeakCode is a campaign by Microsoft which aims to give millions of people from all over the world a taste of what coding is, demonstrate how accessible learning coding can be, and create interest in expanded programming and computer science courses and activities in schools. This year, the campaign was kicked off in March 2015 by challenging two creative workers, Ayu Dyah Andari – a fashion designer, and Dwika Putra – a musician, to learn coding in 15 hours and create applications that can be used for their works.