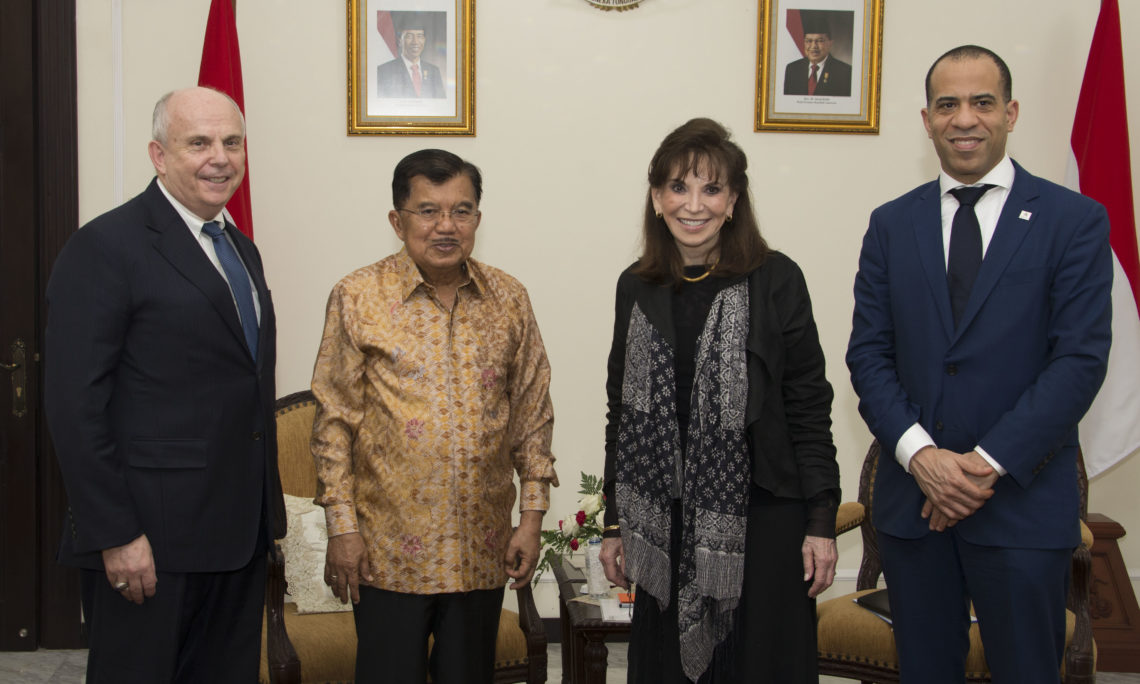 Jakarta – The U.S. Government’s Millennium Challenge Corporation (MCC) Vice President for Administration and Finance (and Head of Agency), Cynthia Huger visited Indonesia this week to hold discussions on the development of a new MCC compact – a large scale five-year grant program. Last December, Indonesia was selected by MCC’s Board of Directors as eligible to develop a new MCC compact.

During their visit, the U.S. delegation met with Indonesian Government officials, civil society and private sector leaders to discuss MCC’s approach to fighting poverty through economic growth and the compact development process.

“As we celebrate the 70th anniversary of bilateral relations this year, MCC’s partnership with Indonesia embodies the strong ties between the United States and Indonesia,” said U.S. Ambassador to Indonesia Joseph R. Donovan Jr.

“In April of last year, Indonesia successfully completed its first MCC compact which focused on reducing childhood stunting and malnourishment, increasing sustainable energy and natural resource management, and modernizing the government’s  procurement system to ensure product quality and efficient use of government money,” MCC Vice President (and Head of Agency) Cynthia Huger said. “MCC is proud to continue our partnership with the Government of Indonesia as we work together to reduce poverty through economic growth.”

During the multi-year compact development process, MCC and the Government of Indonesia will jointly conduct a rigorous economic analysis to determine the most significant factors constraining growth in the country. That analysis will inform the development of MCC projects under the compact. Development of the program includes a consultative process, engaging civil society and the private sector in Indonesia.

MCC is an innovative foreign assistance agency of the United States Government established in 2004 that has signed compacts with 35 countries around the world.

Learn more about MCC at www.mcc.gov and visit our Instagram at @mccgovus.