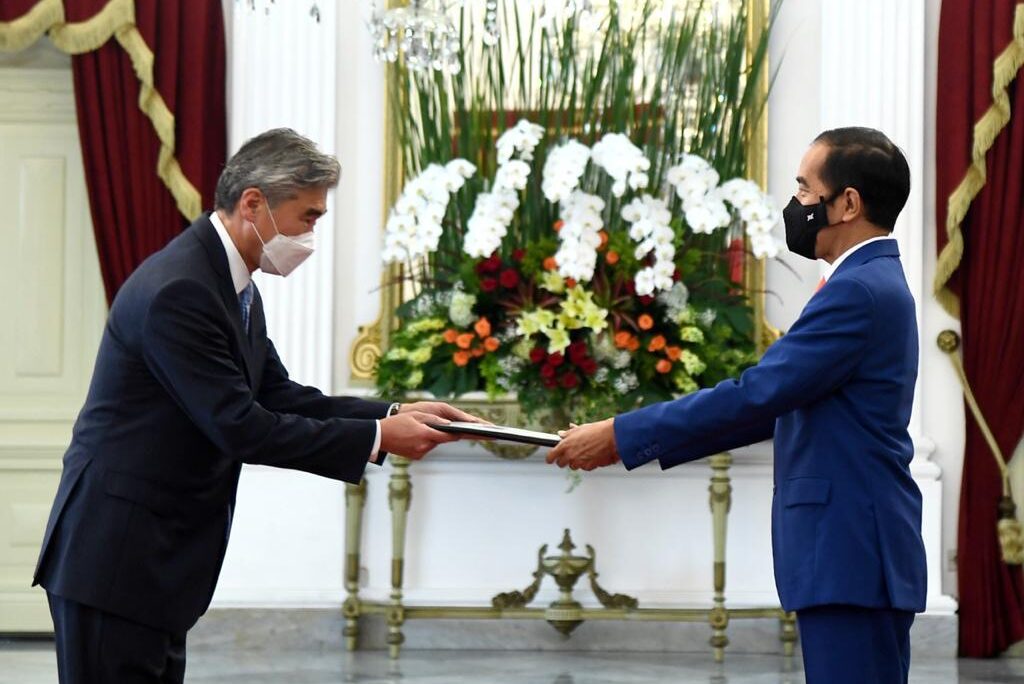 JAKARTA – Sung Kim, the new U.S. Ambassador to the Republic of Indonesia, presented his letter of credential to President Joko “Jokowi” Widodo today at Istana Merdeka in Jakarta.

“The United States and Indonesia have a strong relationship, and I look forward to a future of even more progress. I hope to work to the benefit of the Indonesian and American peoples, and to get to know this beautiful country,” said Ambassador Kim.

Ambassador Sung Kim arrived in Jakarta on October 4, 2020, and completed a 14-day quarantine.

Ambassador Sung Kim was nominated to be the U.S. Ambassador to the Republic of Indonesia on October 16, 2019 and confirmed by the full Senate on August 6, 2020.

Earlier, Ambassador Kim also served as the Special Envoy for the Six-Party Talks with the rank of Ambassador. His previous overseas diplomatic assignments have included Tokyo, Kuala Lumpur, and Hong Kong. Prior to joining the Foreign Service, he worked as a prosecutor in Los Angeles, California. 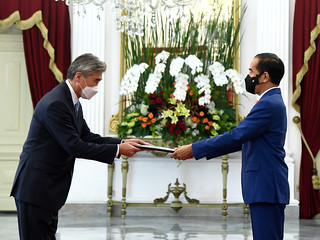