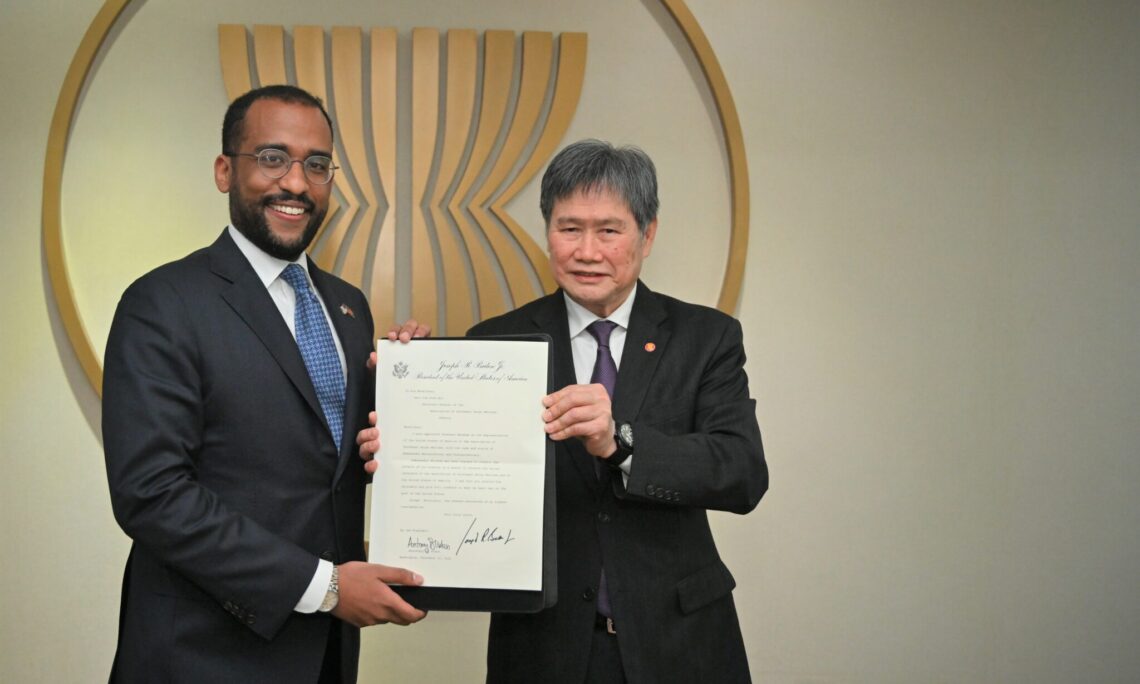 JAKARTA – Yohannes Abraham, the new U.S. Ambassador to the Association of Southeast Asian Nations, presented his Letter of Credence to ASEAN Secretary General Dato Lim Jock Hoi on October 5 at the ASEAN Secretariat’s headquarters in Jakarta.

Ambassador Abraham was sworn in by Vice President Kamala Harris on September 19, 2022.

Prior to assuming his position, Ambassador Abraham served in the White House as Deputy Assistant to the President, Chief of Staff, and Executive Secretary of the National Security Council. Previously, he was the Executive Director of the Biden-Harris Transition, where he managed day-to-day operations and oversaw the national security, economic, and domestic policy and personnel teams.

During the Obama-Biden Administration, Ambassador Abraham served as Deputy Assistant to the President and Senior Advisor to the White House National Economic Council, as well as Chief of Staff of the White House Office of Public Engagement and Intergovernmental Affairs. He has also worked as Senior Advisor to the Obama Foundation and taught at the Harvard Kennedy School of Government.

A native of Springfield, Virginia, Ambassador Abraham holds a BA from Yale College and an MBA from Harvard Business School.