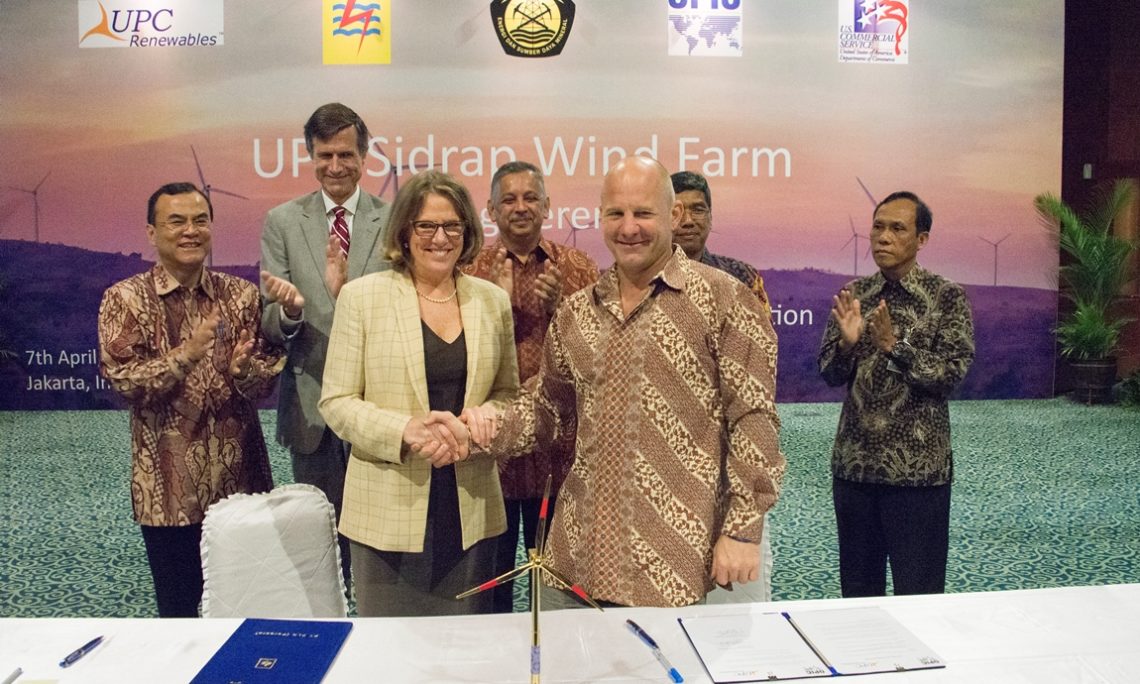 OPIC’s board has approved a loan of up to $120 million for the project.  UPC estimates the project will create 300 jobs during the construction phase and about 40 permanent jobs. The company will also help provide electricity and water to the communities surrounding the project.  PT UPC Sidrap Bayu Energi’s 70MW wind farm plans to diversify the country’s generation mix with a clean source of power and contribute to the Government of Indonesia’s energy goals of increasing renewable energy from 6% of the generation mix in 2014 to 23% by 2025.

Since 1974, OPIC has committed $2.2 billion in finance and insurance across 115 projects in Indonesia. OPIC’s portfolio of active projects in the country covers a range of sectors, from healthcare to financial services. Through its work with PT UPC Sidrap Bayu Energi, OPIC will be supporting the development of the first utility-scale wind power plant in Indonesia.

OPIC’s support of wind power projects throughout Latin America and the Caribbean, Africa, and Asia has bolstered clean energy capacity throughout the world. From 2011 to 2015 alone, OPIC committed more than $1.4 billion across 20 wind power projects. These wind commitments contributed to over 1,000 MW of clean energy and represented over 2 million tons of avoided CO2 emissions.