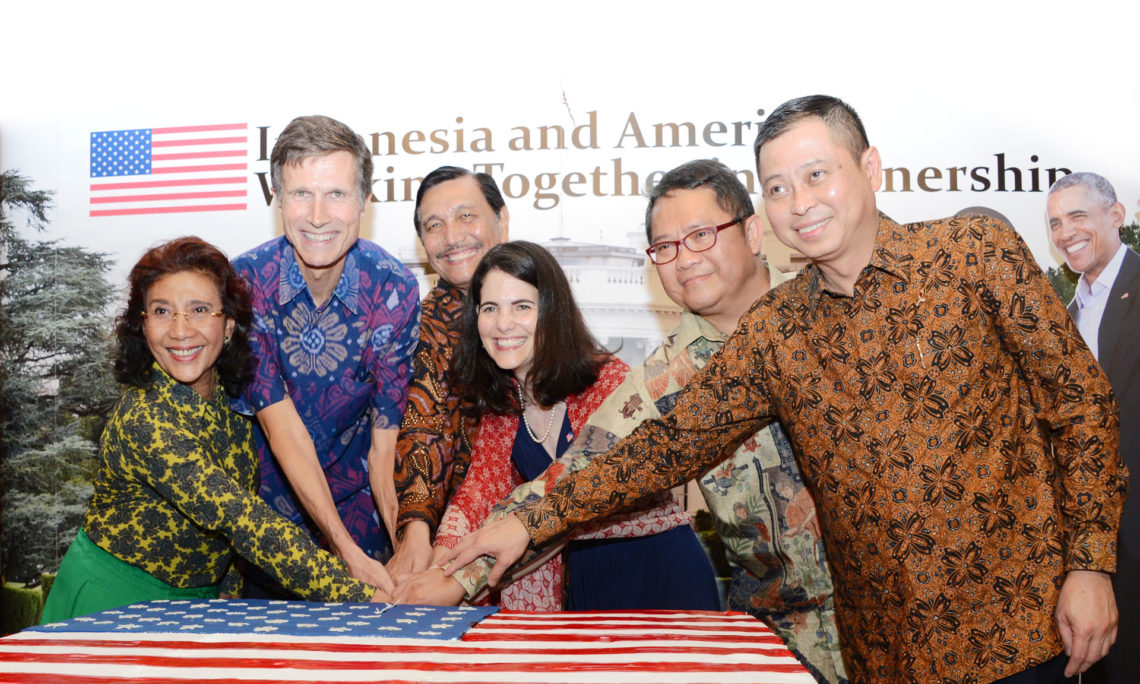 The theme for this year’s event was “Indonesia and America Working Together in Partnership.” Guests sampled a variety of American food and enjoyed music provided by Seven Fleet Navy Band. Attendees also viewed a model of the planned new U.S. embassy building in Jakarta, had their photo taken in front of an F-16 jet, President Jokowi and President Obama cut out and spoke with U.S. government representatives about education exchanges, study opportunities in the United States, and U.S. assistance programs in Indonesia.

July 4, 2016 will mark the 240th anniversary of the independence of the United States. For democracies of any age, national days are an important occasion to take pride in past accomplishments and reflect on national history and values. U.S. citizens and government representatives celebrating Independence Day on Thursday were happy to have the opportunity to celebrate in Jakarta. 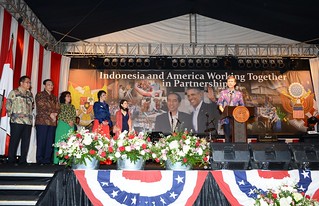