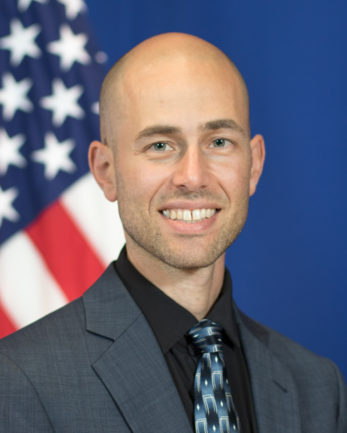 Guy Margalith is the U.S. Consul for Sumatra and Principal Officer at the U.S. Consulate in Medan, Indonesia. Guy’s career has focused on the Indo-Pacific region, including service at the U.S. Consulates General in Ho Chi Minh City and Guangzhou, and the U.S. Embassies in Beijing, Bangkok, and Port Moresby. In Washington, he also worked in the Department of State’s Executive Secretariat and the Bureau of East Asian and Pacific Affairs. He enjoys mentoring professionals interested in international affairs, and is a recipient of the Department of State’s Mentor Champion Award.

Prior to joining the Foreign Service, Guy worked in the New York City government. He holds degrees in International Studies and Economics from the University of Pennsylvania. An avid language learner, Guy speaks Bahasa Indonesia, Mandarin Chinese, Vietnamese, Thai, Hebrew, and Spanish. Guy is originally from the U.S. state of Florida, but he and his family now call California home.