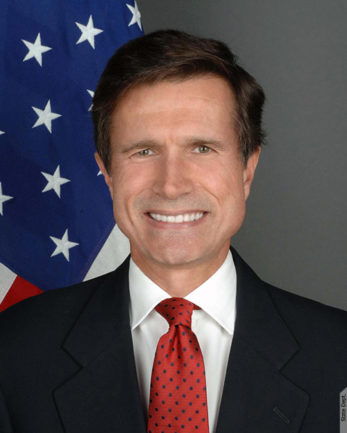 Ambassador Robert O. Blake, Jr. arrived November 21, 2013 in Jakarta and presented his credentials to President Yudhoyono on January 30, 2014. Previously, Ambassador Blake served as Assistant Secretary of State for South and Central Asian Affairs from 2009-2013. He also served as Ambassador to the Democratic Socialist Republic of Sri Lanka and the Republic of Maldives from 2006 to 2009. Prior to that, Ambassador Blake served in India, Tunisia, Algeria, Egypt, and Nigeria as well as holding several positions at the State Department in Washington DC. He received a B.A. from Harvard College and an M.A. from John Hopkins School of Advanced International Studies.