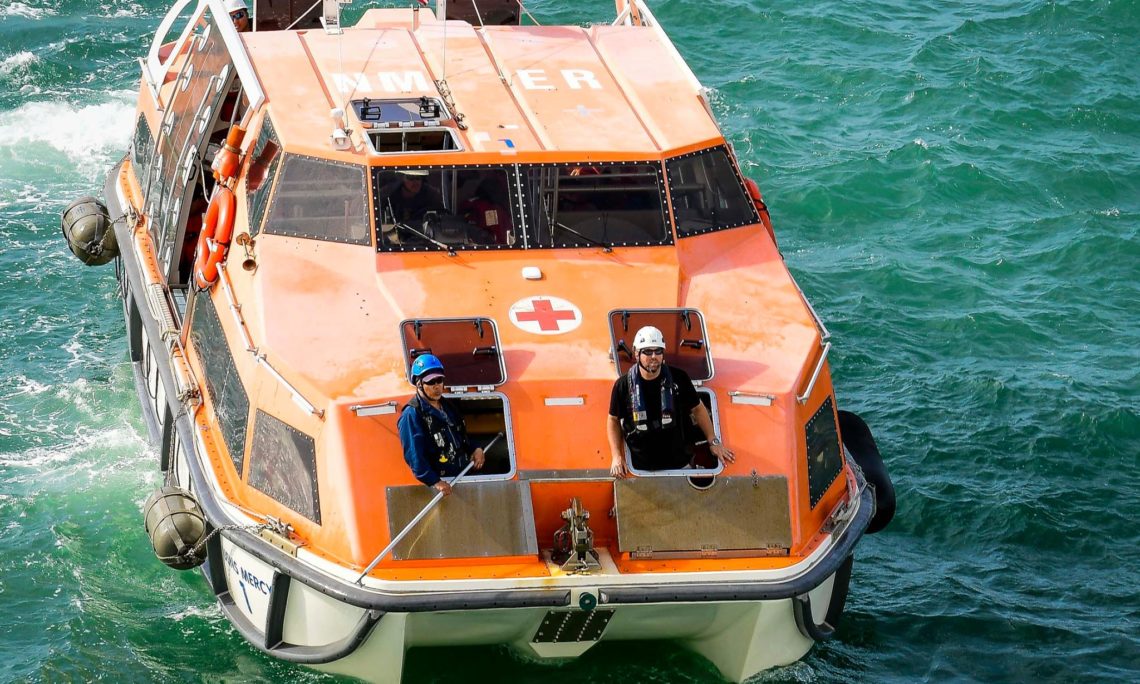 This year marks the fifth time the mission has visited Indonesia in the past 11 years. Pacific Partnership personnel worked alongside the Tentara Nasional Indonesia, civilian leadership and government officials from the Padang community, improving interoperability and enhancing relationships.

One of the main lines of effort was a humanitarian assistance disaster relief field training exercise. The event involved more than 200 participants including Pacific Partnership personnel and Indonesian agencies ranging from government leaders to the national military.

According to Marine Lt. Col. Andrew Rice, chief of staff, and lead HADR planner for Pacific Partnership 2016, the FTX took place in three different locations in and around Padang. Participants worked together to coordinate and execute a disaster response plan to two simulated earthquakes and the ensuing chaos within the city. The first two phases of the exercise took place at Imam Bonjol soccer field in Padang, which represented a collection point for casualties. Phase three occurred in Bungus Port, where Indonesian Coast Guard, Mercy boats, and helicopters assigned to Helicopter Sea Combat (HSC) Squadron 21 made multiple water rescues. Finally, phases four and five took place at a cement factory on the outskirts of Padang, where a simulated explosion resulted in a chemical contamination situation.

“The ultimate goal was to be a part of helping build resiliency to the effects of all hazards events,” said Rice. “That is to say, we want to see our regional partners be able to respond quickly and effectively to a natural disaster and then be able to bounce back post-disaster. Testing standard operating procedures and exercising command and control nodes in a simulated disaster allows all of us to identify gaps or shortcomings now, before we are faced with doing it during a real event.”

Pacific Partnership and TNI engineers worked together to construct a community center, evacuation road and public restroom for local Padang communities.  The evacuation road is a new concrete road built to provide members of the community a safe route to evacuate if a disaster were to strike.

“In the event that any disaster does happen, if they are alerted in time or if they have time to get out, this [evacuation road] is going to greatly improve the speed at which they can evacuate from the area,” said Lt. Steve Moyer, mission engineer for Pacific Partnership 2016.

According to Moyer the community center will also serve as a shelter, “I would say it’s specifically a dual purpose shelter. It was a need of the community to have a muster location that was a safety haven in the event of an incident. It will, in times of calm, double as a community hall where the community will meet together.”

Pacific Partnership 2016’s departure from Padang marks the completion of the 2016 mission and six mission stops including Timor Leste, Philippines, Vietnam, Palau and Malaysia. Mercy will now transit back to her homeport of San Diego.