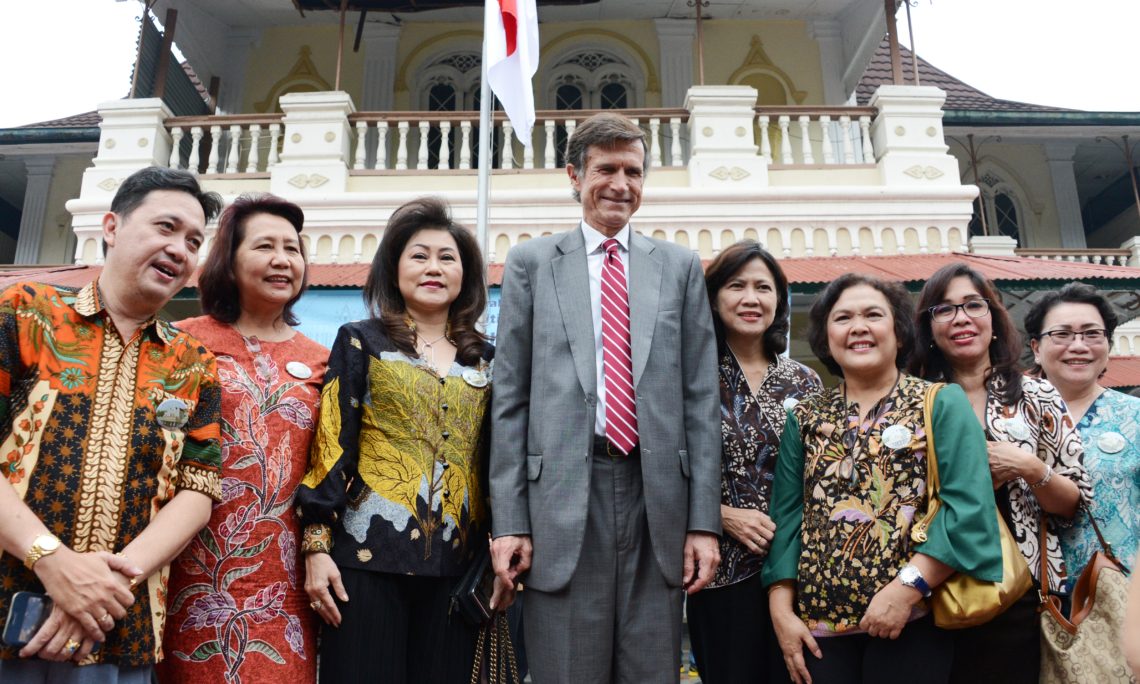 On April 26, Ambassador Blake along with government representatives, city officials, the Cikini hospital, and the Center for Architecture Documentation (PDA) turned over research and documentation, completed this past year, of the Raden Saleh Mansion‎.

Guests also viewed a screening of an Embassy custom-produced video featuring a message from the Ambassador and documentation of this research project.