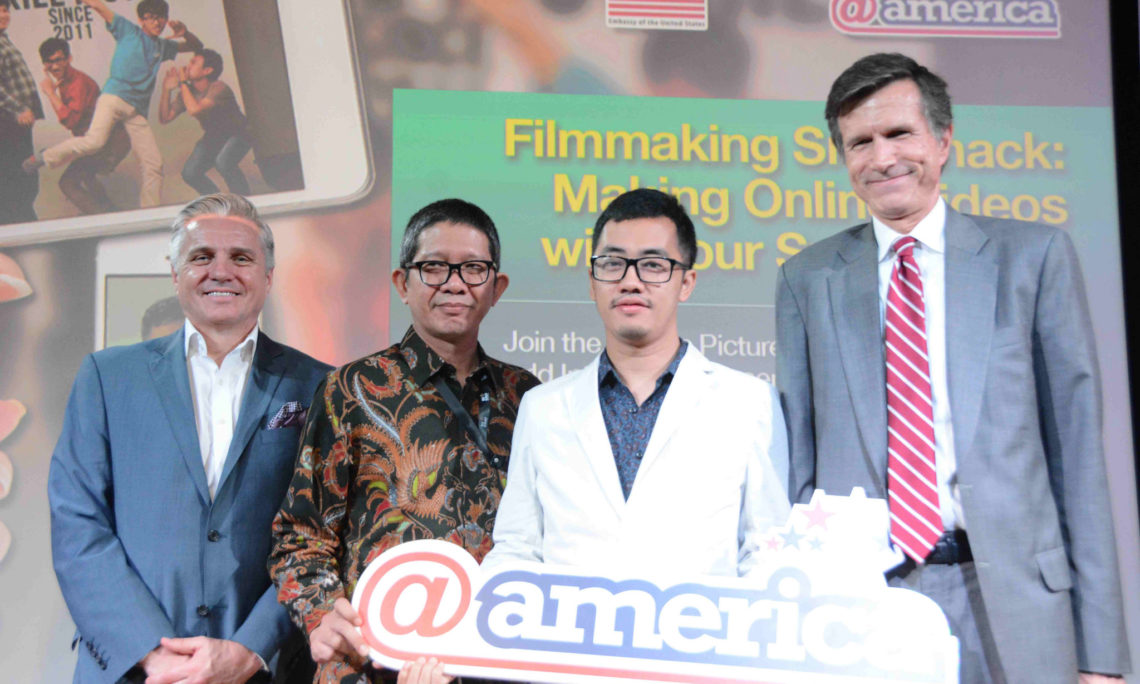 On April 26, Ambassador Blake kicked off a workshop at @america, “Filmmaking Smarthack: Making Online Videos with your Smartphone,” with local partners Layaria and the Motion Picture Association of America (MPAA) for approximately 80 young Indonesians in celebration of World Intellectual Property Day.  In his remarks, the Ambassador stressed the importance of protecting intellectual property rights in order to grow Indonesia’s creative economy and further innovation efforts.  He also highlighted that President Jokowi had empowered Indonesia’s Creative Economy Agency, with implementing the conditions to boost Indonesia’s creative economy.  The Ambassador encouraged the audience to pursue their creative talents and ideas given the many opportunities for creators and entrepreneurs in Indonesia.  MPAA’s President and Managing Director of the Asia-Pacific Region noted the increasing importance and growth of the Asia-Pacific film industry especially in short-films, some of which are only six minutes in length.