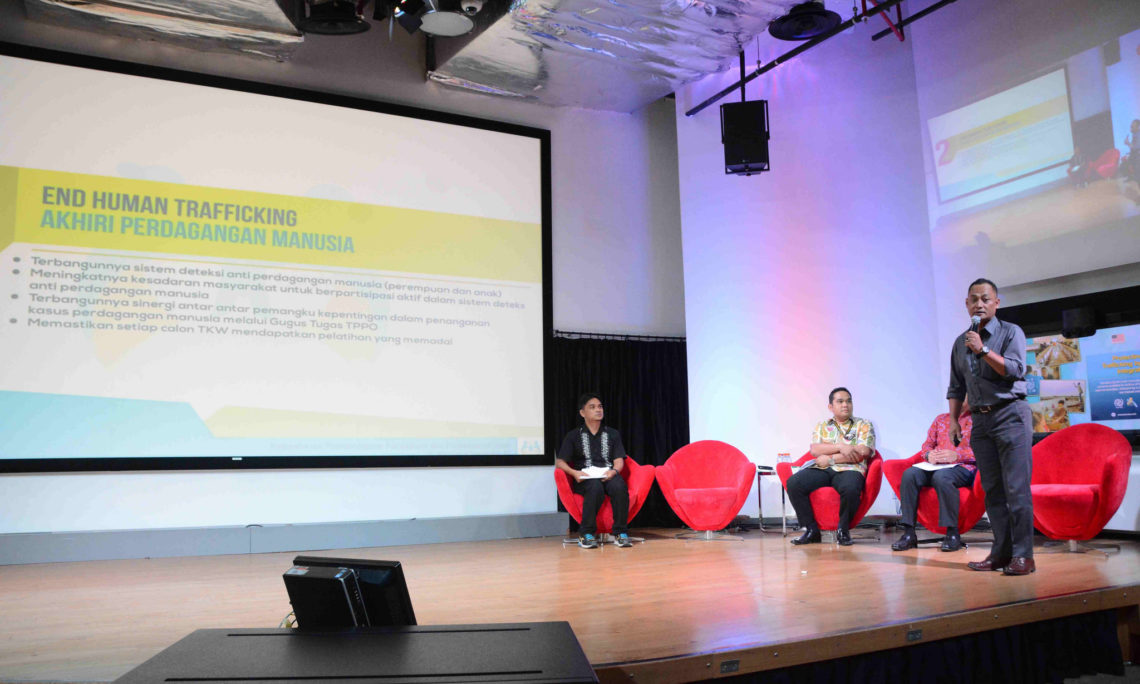 Deputy Chief of Mission Brian McFeeters introduced an April 29 @america event that launched two new handbooks to help trafficking victims in Indonesia.  The handbooks were produced by the International Organization for Migration (IOM) and the NEXUS Institute with the support of the U.S. Department of State and in cooperation with a number of Government of Indonesia (GOI) Ministries.

The NEXUS Institute developed its handbook, the Directory of Services for Indonesian Trafficking Victims and Exploited Migrants, in partnership with the Ministry of Women’s Empowerment and Child Protection (MoWE) and the Ministry of Social Affairs, while IOM’s handbook for social workers and community services leaders, Mapping Government Services and Resources for Victim Assistance, was developed in cooperation with MoWE.

The participating ministries thanked IOM and NEXUS for their collaboration in developing the handbooks and described the work that their agencies are doing to identify and repatriate overseas trafficking victims, prosecute trafficking rings, and provide services to trafficking victims.