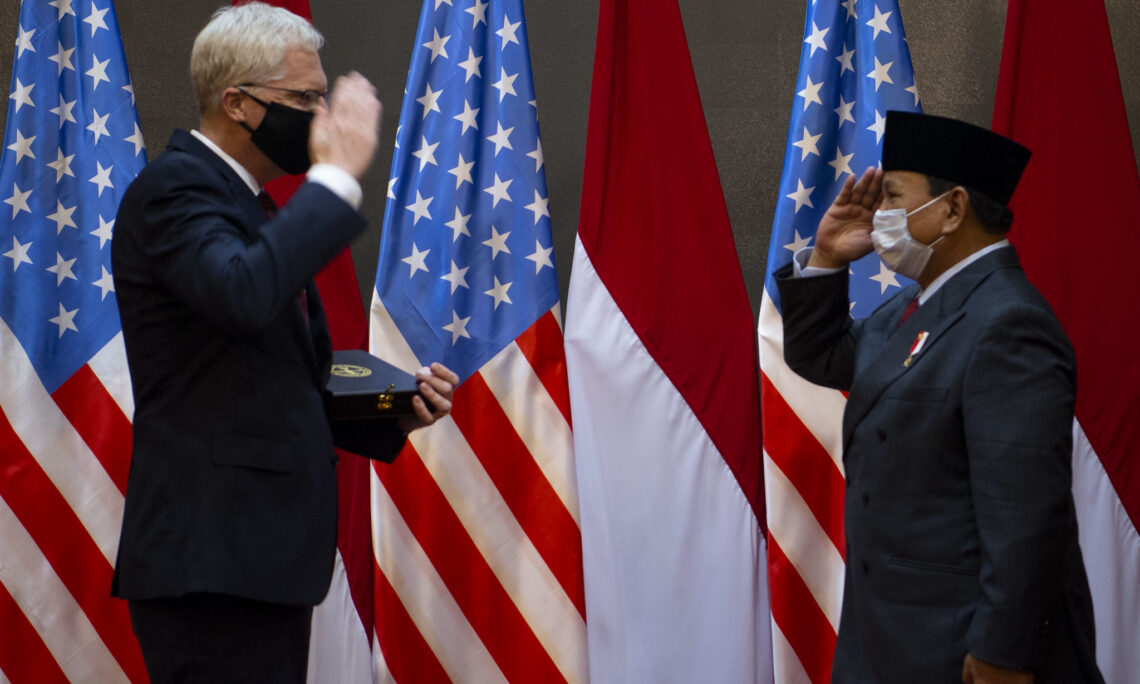 Today, Acting Secretary of Defense Christopher C. Miller met with Indonesian Minister of Defense Prabowo Subianto, Minister of Foreign Affairs Retno Marsudi and Chief of Defense Air Chief Marshal Hadi Tjahjanto in Jakarta.  In all these meetings, the Secretary emphasized the importance that the Department of Defense places on the bilateral partnership and in securing a free and open South China Sea and Indo-Pacific region.