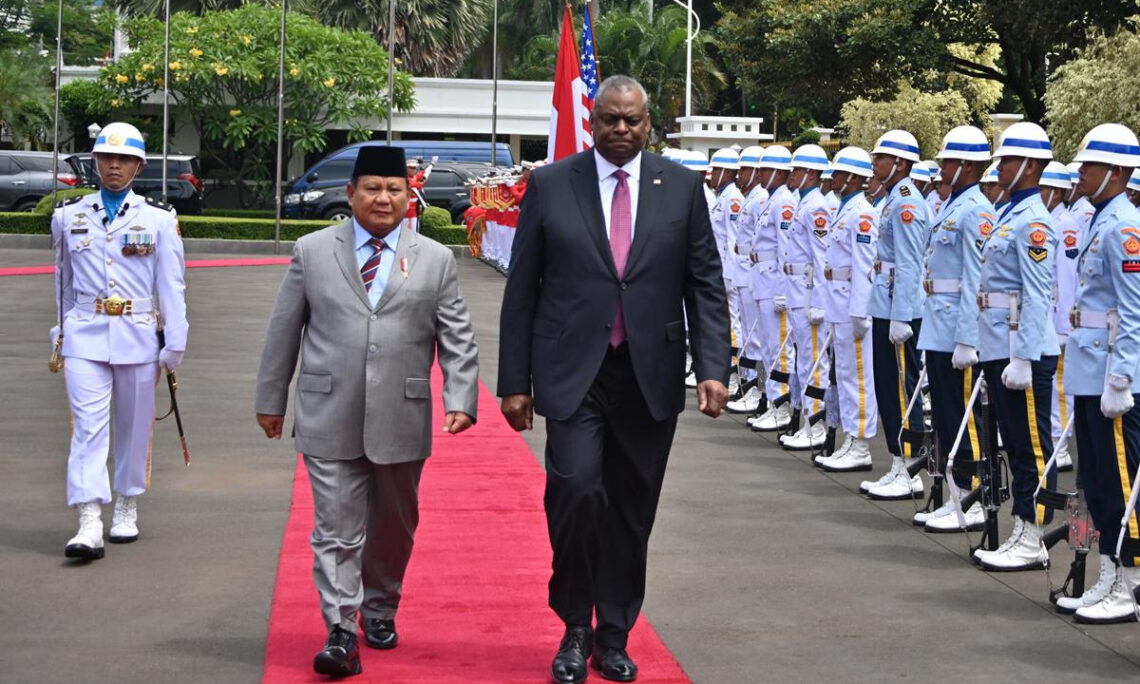 Secretary of Defense Lloyd J. Austin III concluded his visit to Indonesia today, during which he met with Defense Minister Prabowo Subianto and Commander of the Indonesian National Armed Forces General Andika Perkasa.Secretary Austin discussed with Indonesian counterparts a range of bilateral security initiatives that have formed the foundations of the U.S.-Indonesia defense relationship, including force modernization, professional military education, and cooperation in the maritime domain.  The leaders agreed to expand bilateral military training and education, including through hosting new language training courses, expanding cooperation for emerging defense leaders, and enhancing combined exercises such as Garuda Shield, one of the Department’s largest multinational exercises in the Indo-Pacific region. Secretary Austin’s visit reaffirmed the United States’ commitment to partnering with Indonesia—a regional leader—to advance their shared vision of a free and open Indo-Pacific.